As far as my friends were concerned, I might as well had dressed up as a mariachi or a Mexican folk dancer–meaning a bull fighter was waaayyy too close to home–kinda like a white guy dressing up as a cowboy, or a gay boy doing drag, which is like the exact opposite of groundbreaking, but whatevz, I do what I want.

The trick was to not break the bank this year in my search for some original costumage. Matador getups were going from 50 to 150, straight out of a bag, but if you know one thing about this bitch, it’s that I do not do generic costumes out of a bag.

The budget started out on point. My friend Dan found me the perfect bolero jacket at a garage sale for $4.00. I already had black Chinese slip-on shoes and these pants that I wore for my ninja costume a few years back that rode way past my belly button. I also found a corset in my possession (never you mind) that would cinch the waist to give me that bull fighting silhouette (tiny waist and big-ass padded shoulders). Then of course, I went nuts buying embellishments to up the game with shoulder epaulets appliques, tassels, gold lining, a cape, glitter, glue, white pantyhose and other trimmings. By the time my sister Hazel (try saying that name in Spanish) stepped in with her industrial glue gun to attach all this shit onto my costume, I had dropped well over $100 on these finishing touches. It made me so mad after I did the math.

The result, you ask?

My ass was not messin’. 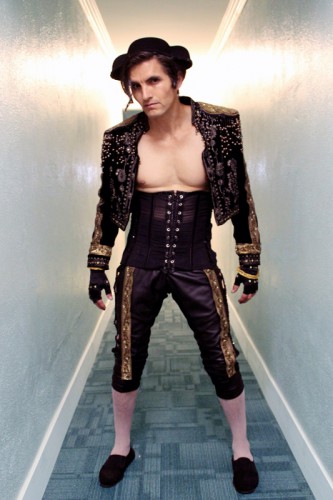 I don’t know, what do you think? 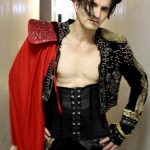 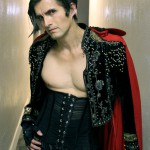 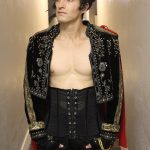 With the costume complete, it was on to the West Hollywood Halloween Carnival 2015.

There really is nothing like this event anywhere in the U.S. that I’m aware of, where everyone comes together to put on a show, or to be shown how it’s done.  The crowds did not disappoint (meaning, it was crowded as all fuck). From my vantage point, it looked like the costumes outnumbered the lookie-loos this year, which has not always been the case in the past—I’m talkin’ about gay, straight and everything in between. I’m talking about drag queens galore, devils, beasts, killer clowns, zombies, every version of a naked guy, slutty girls and I ran into a lot of couples with Dia De Los Muertos makeup, which was kinda cute (if you’re into that sort of thang).

Of course, the inappropriate Kaitlyn Jenners were out, as well as several funny versions of that crazy homophobic hypocrite Kim Davis, The Pope and Hurricane Patricia. I’m sure they were out there, but I did not run into another matador that night (or a Tarzan for that matter, as my friend liked to point out, who was dressed (undressed actually) as the King of the Jungle). 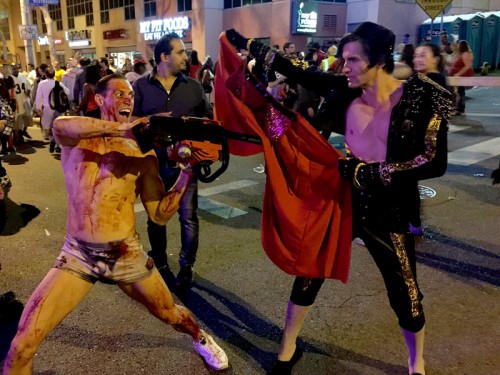 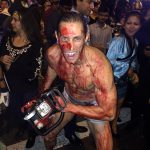 Some costumes were very elaborate, but my favorite for the entire night was a guy who dressed up as Frida Kahlo. He gave himself a unibrow, let his stache grow out a little, he slipped into a traditional paisana Mexican dress, put some flowers on his head, and called it a night. I don’t know why, but I found her so damn funny. She asked me to hashtag Frida (#Frida), so he could find our photo. That absolutely killed me. I don’t know why. 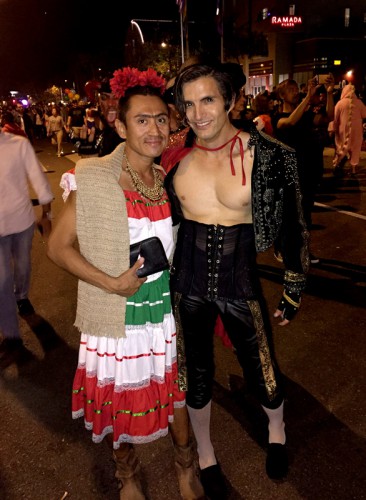 It really was an amazing turnout this year. I read that  Boy George and Tim Curry were out that night for a photo-op with city council members and I saw pictures of trans diva Laverne Cox on stage, but when it comes to special guests and special performers it’s a you-had-to-be-there moment. I never know what time a night they come on in the many decades that I’ve been doing this shiiieeettt. Out of the long list of celebrity guests and performers, I caught Salt n Peppa performing one night, by chance and there was that one fateful year when I was trapped in the crowd and no-hits wonder Kevin Federline came on stage wearing dreadlocks to perform something that was supposed to be rap–“Yo, Yo, Yo, I’m feeling good…”

I screamed like a total queen, begging for a human stampede.

This year the night ended without any horrible casualties. Nobody burned to death, although I hear one guy got stabbed on the corner of Santa Monica Blvd. and Huntley Dr., which is nothin’, considering the size of the event on a Saturday night. And of course you had your usual drunks who ended up in a holding tank during amateur hour.

The City of WeHo has the Halloween Carnival down to an art form–however, they seriously need to re-think (as in relocate) the food trucks that line up alongside Santa Monica Blvd, because that’s one part that gets so congested, you wanna scream, but can’t, because you can barely breathe from the stench of frying hot dogs wrapped in cancer causing bacon. They also need to emphasize that this is an adult event and pets need to be left at home. I saw way too many strollers and kiddies riding on shoulders looking down at a Caitlyn with a giant dildo protruding out her bathing suit area. There were also irresponsible idiots who risked having their dog being trampled to death on the boulevard.