I downloaded the gay insta-hookup app Grindr into my phone to enter their Madonna #LivingForLove Sweepstakes, which promised five lucky fans a chance to win a chat with M  on Grindr and also receive an autographed copy of  M’s latest album  Rebel Heart.

The contest rules were simple enough. All I had to do was recreate Madonna’s album artwork for “Rebel Heart” with me as the star, and post it as my Grindr profile picture, along with the hashtag #LivingForLove before the end of Valentines Day.

It’s not easy putting yourself out there as a Madonna gay, especially in a gay app where guys pretend to be straight, but I’m partnered, and way too many bitches know who I am for me to get any ideas that Grindr could ever get me hooked up  in the extramarital way.

Now I don’t know about you bitches, but I think I did a pretty good job with my #LivingForLove photo. If the winning submission was based on merit, I thought I had a good chance, on account of I wrapped the cord around my torso and I tattooed my tit in true Rebel Heart fashion—it turns out the winner will be selected at random  (air quotes) and “shall be determined by the Sponsor at their sole discretion.”

This is what I was up against, as far as my phone could reach: 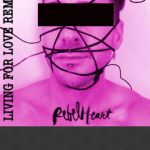 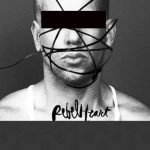 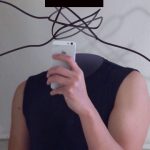 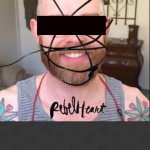 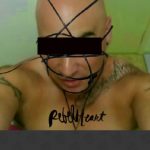 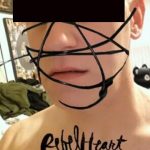 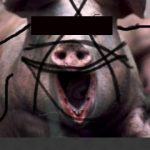 I thought my chances were good, but alas…my efforts to get noticed did not pay off.  Instead of getting an email announcing that I was victorious, my ass received a pop-up message stating that my #LivingForLove photo was out of line with Grindr standards and the photo was (poof) deleted. 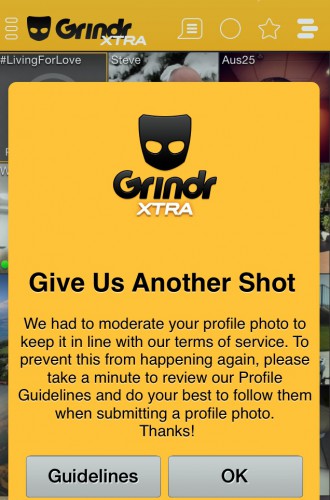 Grindr Guidelines Are as Follows:

I scanned my Rebel Heart photo for any rules I may have broken. I’m shirtless. Does that imply nudity? My hands appear to be bound behind my back. Am I kinda/sorta playing on kinky bondage sex? Are the cords considered a sex toy? Why ask users to recreate an image where cords are binding Madonna’s face? The whole thing made no kind of sense.

I was beyond PISSED! I contacted them immediately.

I braced myself for a number of possibilities and prepared to call foul at the hands of censorship.

However…I should have known a hater was behind my deletion. It turns out some bitter queen got all gels over my super kewt Grindr profile pic, so he reported my photo to have it removed and sabotage any small chance I had of winning a chat with Madonna.

Trip out on this shiiiieettt:

A hateful bitch straight up LIED and said I was using his photo and impersonating him to bump me out of the picture (literally).

I think what he did is evil, dirty, shady and yet–I must admit–brilliant (clever girl).

A hater’s job is to hate. If you know my history, then you know that I’m quite familiar with haters hating on me. I forget they’re still out there, but I still say, well played you hateful bitch. How gleeful this queen must’ve been when he saw my Rebel Heart photo fade to a dark Grinr default screen.

I can’t be mad at a hater for hating, for that is what haters do; they hate—HOWEVER, it  REALLY burned my ass UP that Grindr representative Claudio was asking me to jump through hoops to prove that I’m the guy in the profile photo. Wait, you want me to email you a copy of my fucking passport? Are you kidding me?

I sent them a photo of me holding a piece a paper with my email address to humor them. I asked point blank: What are the Grindr guidelines/rules/regulations when a user makes a false accusation that he is being impersonated? Grindr hacked my photo off its database with no questions asked, yet I have to prove I’m me? I have to risk having my ID  information stolen by some guy named Claudio who probably lives in the Philippines, or somewhere in India? All that, so I can continue using the Grindr app? Oh…BUT NO!!!

I reckon, if you say “hi” to a guy and the guy doesn’t say “hi” back, you can report him for impersonating you and have him banned–no questions asked.

I’m still waiting for an answer bytheway. It’s been almost a week.

I’m partnered. Admittedly, I have no business being in a hookup site for single people (Madonna made me do it). But  let me tell you, little has changed since the last time I downloaded Grindr back when I was single over four years ago.  I found it a complete waste of time then and I can’t say it generates a feeling of time well spent today. You still encounter lines  of headless, shirtless torsos that heatedly demand to see your face while they conveniently hide under a veil of cropped anonymity. You have all these bossy bottoms with all these stupid rules and demands–telling other users how they must conduct themselves around their headless profile pictures—“Send me this. Don’t say that. Must have this. Or you will get blocked.”

And oh how these bitches love the power of the block button. I’m sorry, but they’re basically saying, “Somebody hurt my feelings when they blocked me, so I will not hesitate to distribute the same kind of hurt if you are not what I want, do what I want, or say what I want.”

UGH! Don’t even get me started with the boring bi/straight homobros on the DL who grasp at this dim perception of masculinity, which is nothing more than a caricature of a straight bona fide    douche hole (homobro: a gay dude who hangs on the word “bro” to establish his masculinity in the Grindr pecking order). I just—I can’t with these internalized homophobes.

Then there’s the Grindr/Extra App itself…

The App freezes and it crashes constantly. And the filters never work. I deliberately say no to anyone under 35 to let these younger fuckers know that the age-discriminating sword cuts both ways, yet I’m continually  hit on by 22-year olds…who constantly ask for me for “more photos.”

The whole thing has been a joyless experience. It would have been nice to win a chat with Madonna, but I have my doubts about the fairness of the Sweepstakes. I doubt Claudio will ever respond to my questions. My photo could have been removed for a number of reasons, none of which really matter much to me as I reach the end of this blog.

I mean, seriously, in the big scheme of things, who gives a shit? It’s not real life.  It’s only Grindr.