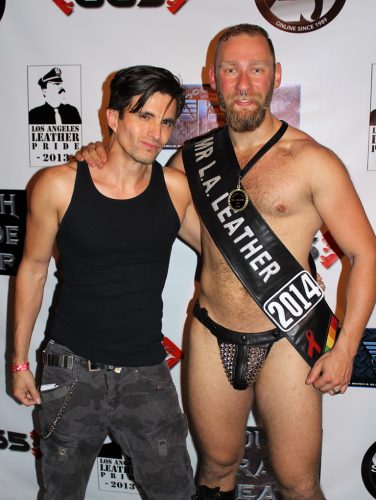 I’m sorry, but I HAD to shower.   I compromised and didn’t dab any deodorant and I didn’t dare shave when I prepared to hit up the 15th Annual Mr. Leather Contest and Legion Dance, which took place at Circus Disco last night–a club I have not been to in YEARS!!!

The outfit for the evening were a pair of G-Star camo pants a Hanes black tank top, Diesel industrial belt, my stack of Chrome Hearts rings, a dainty leather bracelet and some all natural Latino musk. 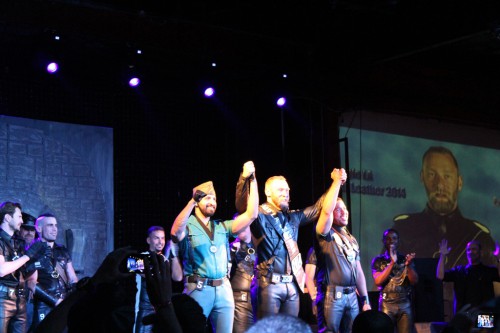 Of course, I got there fashionably WeHo late, which is not the way to go at leather events.   They don’t play with time.   I got there just as they were announcing the final three men standing for the title of Mr. LA Leather.   I was sooo damn happy to hear them announce Gabriel Green as the 1st runner up.   I fucking L.O.V.E. Gabriel Green.   He is one of those guys that I met many, many years ago through the trashy column I used to write in the crazy years.   The guy is all smiles and big heart.   I had no idea he did it in leather.   The bitch looked good and the response from the crowd was overwhelming when they announced his name.   CONGRATULATIONS Gabriel!!! 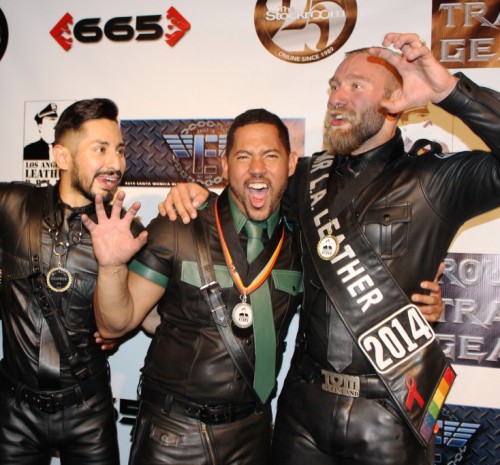 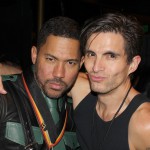 Then there was one… 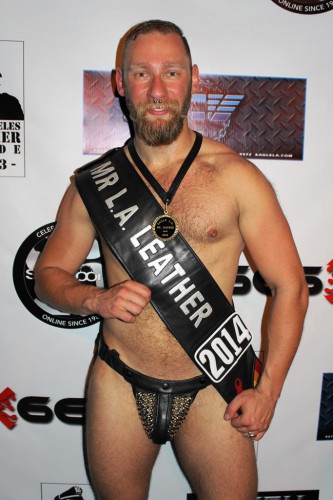 The buzz around town was that Eric Paul Leue the feeder Eagle LA Mr. Leather would win.   At least many people hoped he would.   The universe conspired in his favor and he won.

I’m going to be brutally honest with you, he looks sexy in photos, but pictures do his good looks no kind of justice.   The man is way better looking in person.   He’s tall, blonde, blue-eyed and beautiful.   It doesn’t hurt that he’s super sweet.   People went ape shit when he won.   He was a good sport and posed for every photo next to every person imaginable and there were some pretty imaginative creatures out last night–some who were hardcore and didn’t bother to shower.