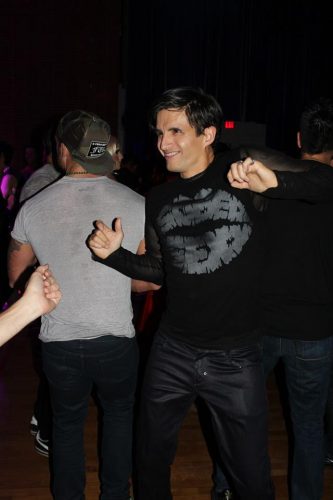 I pretty much danced the night away into the 2014 at #BOOM this past New Year’s Eve, which was actually a lot of fun considering it was a sober event thrown by the city for anyone who didn’t want to get trashed on NYE.  DJ Alexander played nonstop hard and fast dance tunes which kept the bodies moving to a sweaty beat.

The reviews I got from word on the street were very positive.  People are more likely to complain about this sort of thing, but everyone seemed to really enjoy themselves.  A lot of those who allowed themselves to cut loose on the dance floor said they haven’t had that much fun in years.

The party was well organized, the vibe was festive, and everyone seemed to really dig the drag show (if you’re into that sort of thing).  WeHo Cheer transformed normal gays into drag queen gays, which was funny (if you’re into that sort of thing).  They had flaggers on stage to keep the momentum going, which took me back to the the years when flagging troops ruled.  Up and coming WeHo personality Wilkinson the Butler was also there to add a touch of class to the joint. 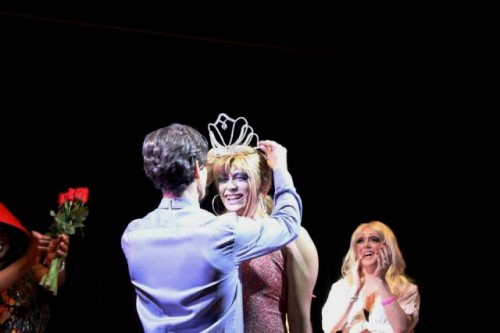 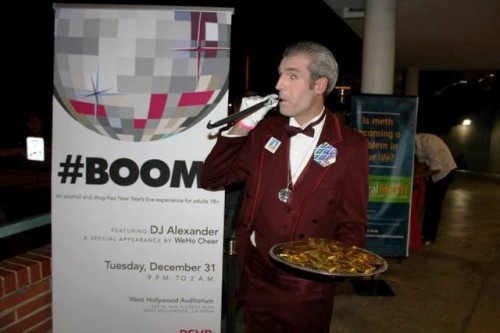 The best part about this sober experience was that I knew just about every single person in that room, some who I hadn’t seen since rehab (gulp).  It was nice ringing in the New Year with people that I know and care for.

The only complaint I heard was mostly about the sense of urgency surrounding the capacity of the party.  Word had it that the capacity was 400 and 500 people had registered to attend.  It was a first-come, first-serve type of deal, so people were encouraged to show up early.  The turnout was great.  I hear the room was filled to Fire Marshal code, but not to the point where 100 people were standing outside waiting to get in.  That means people either showed up super early to save their spot and were pissed that they had four hours to kill, or people showed up super late and were pissed by the thought that they weren’t going to be able to get in.  Of course, I fell into the latter grouping by showing up a little after 11 pm, but the line was about 10 people long and it moved right along, so not a big deal getting in.  There was no way to predict what the attendance would be like, considering Los Angeles queens are flaky as all fuck.

Like I mentioned before, no real complaints.  The party was a huge success, considering this is the first #BOOM! event being held in West Hollywood.  And how could anyone complain when the event was 100% FREE?  I’m talkin’ about food, drinks and even free parking, which is unheard on NYE. 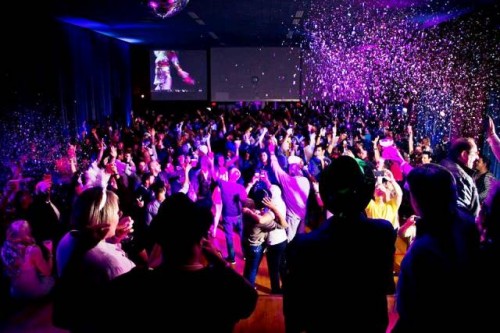 And then there was the sober countdown.  People made it through the year with their sobriety intact.

It totally killed me how fast the room cleared right after the countdown though, which is pretty much a cultural thing in Los Angeles recovery.  The exact same thing happens when you attend a sober birthday.  Once those candles are blown out and that cake is cut, the bitches scram.  #BOOM! was practically empty by 12:30 a.m. in 2014.  It was a real trip. 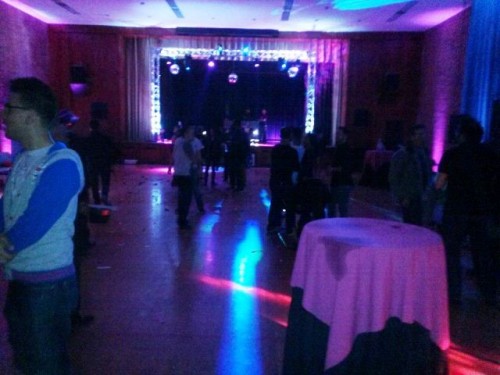 Anyway, congratulations for a super successful #BOOM!  Major kudos go out to people like Jimmy Palmiery, Robert Gamboa, Dale Spencer Griner and the long list of names who volunteered time out of their lives to make this event happen so that sober guys didn’t spend their NYE doing things they shouldn’t be doing at places like The Tom Kat Theatre (I lost my wallet there one NYE back in the crazy years, but that’s a-whole-nother blog).

So make sure you write to your West Hollywood Councilmember.  Write Congress.  We want more #BOOM!s in the future!!! 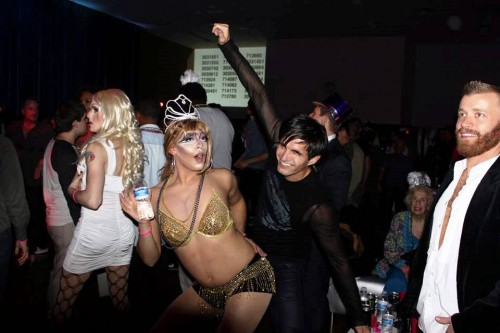 I could totally get into that sort of thing.

PS: We ended up at Norms after the countdown.  I started out the year oh-so-wrong with a stack of pancakes.  The highlight of that evening was watching a woman spend her New Year’s Eve skillfully plucking out all the stuffed animals from the Magic Claw game at Norms.  That glass box was empty by the time we paid our check.  The woman walked out with shopping bags full of teddy bears.  It. Was. Fucking. Awesome.