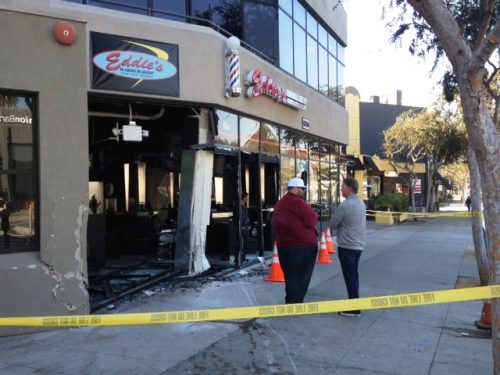 Our beloved Eddie’s Barbershop in the heart of WeHo had a terribly unlucky Friday the 13th.  The scene above looked like a bomb exploded in some 3rd world country with glass and debris all over the place.

Luckily no one was hurt. It sucks for the guys and gals that work at Eddies whose pockets will be impacted only weeks before the holiday. 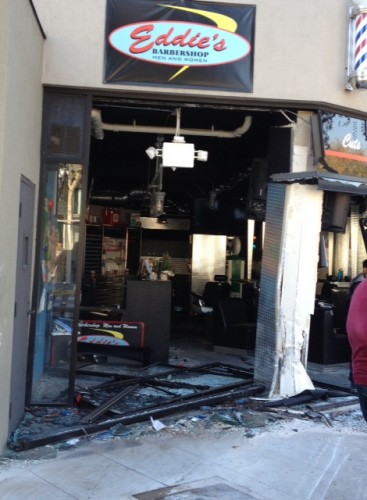 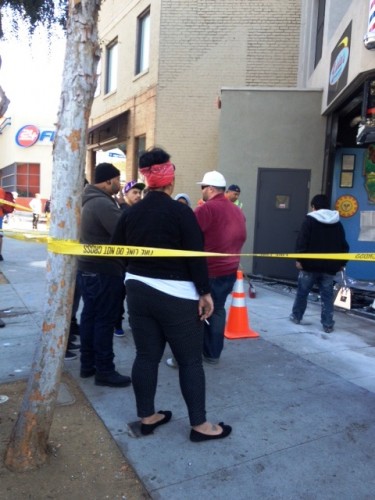 23-year old Abran Velencia didn’t have a good Friday the 13th either.  Not only did he most likely total his car, chip a good chunk of out of the barbershop, and also take out a West Hollywood lamp post (the latter is probably going to get him in the worst trouble EVER), but he was arrested and charged for driving under the influence, which is pretty  fucked, considering the city of WeHo just launched their Don’t Drink & Drive campaign earlier this week on December 9th by revealing the latest wrecked car on the corner of Santa Monica Blvd and Robertson, right in front of the Sheriff’s Station. 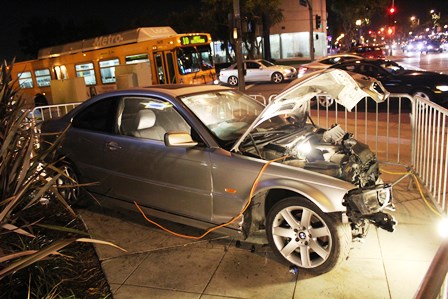 We can only hope that Eddie has good insurance.