I completely missed the train writing about that significant milestone.  Then again, I was also on the slooow train when I first discovered the big M, which wasn’t until I witnessed   the “Material Girl” video in all its whorie glory in 1985, years after her rather lackluster debut in ’83.
I remember the “Material Girl” and “Like a Virgin” videos were playing simultaneously on a video countdown show called Video 101.  I was so young and dumb, I didn’t make the connection that the glamorous girl in the hot pink dress who sang about using men for cash was the same slutty girl with the ratty lions mane that sang about getting her cherry popped–matters of the heart which I didn’t quite understand in my young age.  When I made the connection between the Material Girl and the Virgin, that was it for me.  I liked it. I wanted it.  And just like my mother feared, I wanted to be like it–or better yet, I wanted to BE IT!!!

The first record I ever bought was the Material Girl 45.  A gave a school friend $2.50 and she had her mom buy it for me at ZODYS Department store (remember ZODYS?). My mother didn’t know where the record came from and she didn’t understand the lyrical content, but she liked the beat.  And I beat that tiny record to DEATH!!!

I pinched my pennies–LITERALLY–to make my first big purchase of the Like a Virgin cassette tape.  I braved a walk to Sears by myself, which was not far from Market Street in the scary side of Inglewood.  I remember the glass case containing rows of Madonna cassettes under lock and key.  I asked a sales clerk to open it for me, so I could buy a tape.  That’s when I first noticed the self-titled Madonna album.  Of course, I was faced with a dilemma.  I was a hardcore fan at the time, even though I didn’t know much about this woman.  I wanted to buy both tapes, but I could only afford one.  I stood there forever, trying to weigh my options.  The clerk carelessly stepped away to help someone else and left me standing there holding both tapes.  So what do you bitches think I did???  I calmly walked towards the register with both tapes in my hand.  By the time I reached the register, I was only holding one.  The other tape had been swiftly jammed into my crotch–now you see it; now you don’t.  I walked away from Sears with a two-for-one deal–“Excuse me, coming through” (I tried to pull that shit a few years later and my ass got caught trying to swipe a Banarama tape, which was so damn EMBARRASSING!!! But that’s a different blog for a different day).

The “Madonna” album debut turned out to be waaayyy better that the “Like a Virgin” followup.  It continues to be a pretty solid album.  My little gay boy mind vaguely recognized “Holiday,” “Borderline,” “Burning Up,” “Lucky Star,” and “Everybody” from the radio–all great tunes that turned out to be songs from none other than my Material Girl.  I immediately fell in love with “Physical Attraction” and “Think of Me.”  And then forced myself to love “I Know It,” the only real throwaway song in the entire album.  “Like a Virgin” was evenly split with hits and misses.  I was sooo there with the title cut, “Material Girl” never got old for me and I loved, loved, LOVED “Dress You Up”. “Angel” was alright, but the rest of the album, I forced myself to love and only has nostalgic value for me today. 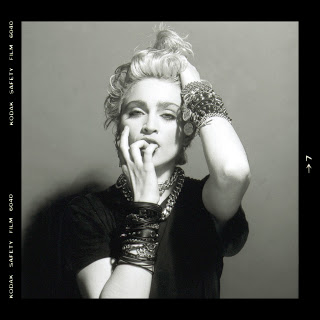 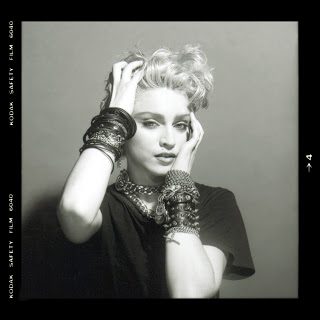 I listened to that first Madonna album and a life-long obsession began for yours truly.  I’m talkin’ buying Madonna on the cover of endless magazines, scrapbooks, records, posters, t-shirts, rare promo items and later in my grownup years, I would spend thousands of dollars on concert tickets.  So nope, I’m not sorry for swiping that cassette tape back in ’85.

My love for M was the first time that I rebelled against my mother. To this day I wonder if I would have outgrown M the way a lot of my friends have, had my mom not fought me so hard on the Madonna issue with the memorabilia bonfires in the backyard.  She hated Madonna.  She knew that I was attracted to her for all the wrong reasons.   Her name for M was La Marrana–Spanish for pig … which in retrospect, is kinda/sorta funny.

Somebody once commented in this here Hiss Fit that they are happy to have been alive during Madonna’s lifetime.

And a happy 30th to the album debut. 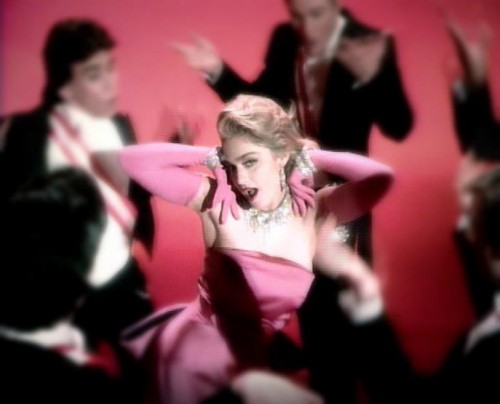 I know I should avoid the cliche’s, but what a ride.  Thanks for the memories.

THE JEREMY LUCIDO INTERVIEW FOR THE FIGHT MAGAZINE OPEN WIDE!!!