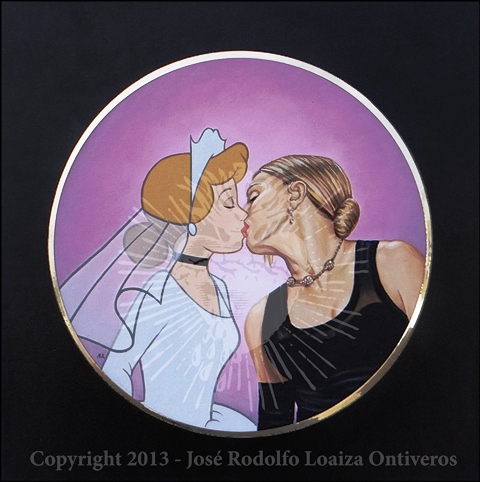 La Luz De Jesus Gallery is featuring “DisHollywood” by some guy named Jose Rodolfo Laoiza Ontiveros in the month of August.  This is that gallery located inside Wacko Soap Plant (soapplant.com) in Silver Lake … or is it in Hollywood?

Anyway, DisHollywood takes parody to a whole new fucked up level by mixing and matching beloved Disney fairy tale characters with entertainment Icons like Madonna (seen above) and other celebrities from music and cinema. Everybody loves a happy ending; we all want one, but this art piece takes fantasy and serves up a pretty messed up reality. 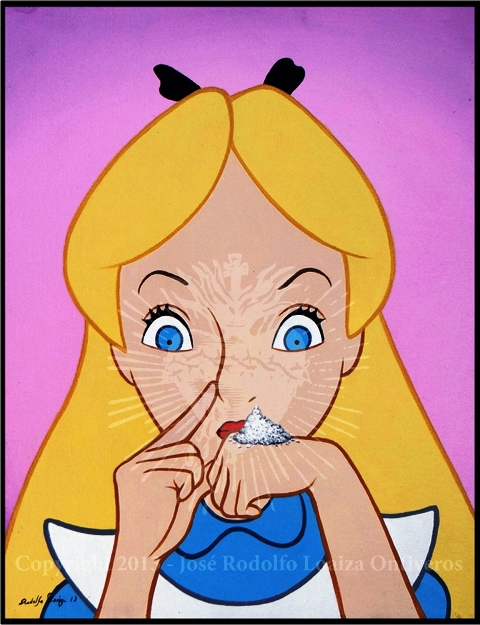 According to their press release:  “This exhibition pays tribute to the world of Hollywood, and the influence that film, television and music video has had on contemporary pop culture. It is a collection of visual curiosities that pushes the audience to re-imagine the world of pop as a personalized mash-up with the freedom to merge situations, rewrite the script, and provide new dialogue in alternative scenarios to tell new stories.”

The Rihanna “Love the Way You Lie” piece is royally fucked.  I freakin’ LOVE IT!!! 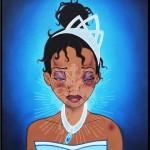 Of course, there are more pieces.  You should check out the collection for yourself.  Again, it’s running this entire month.

Don’t say I never show you guys anything cool.