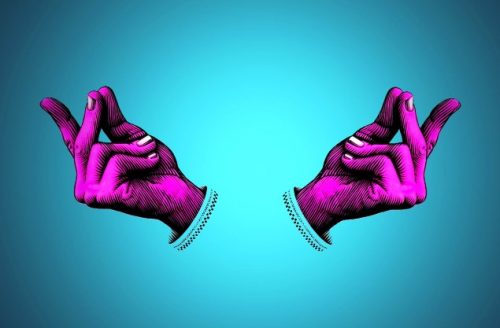 So here’s something not too many people know about me:  I possess the secret power of a very loud snap–meaning I can snap my fingers very loudly and I can do that shit consecutively.   Others posses the gift of a loudish snap, but I’ve yet to meet someone who can snap louder than yours truly.  I have been challenged in the past.  Someone has gotten the idea that they could out snap me, but they have failed.  Miserably.  They suck on their fingertips and give me their all and then I come at them bustin’ snaps and bitches be like, “DANG!”

I discovered the power of my snap when my friend Fernando (aka Whorenando) and I used to hide in his parents garage and have secret Vogue battles back when we were teens in our Inglehood dayz.  I would snap my fingers to the re-mix intro of Madonna’s Vogue and then low and behold, we both realized that my shit was loud–and by shit, I mean snap.  Whorie lived down the street from me.  It wasn’t long before he and I would greet each other from two blocks down with a bunch of finger snaping.  He was determined to beat me.  He eventually got pretty loud, but the bitch couldn’t come close.  He would snap from his house and I would respond with an explosion from my fingertips and he would lean back as if he had been blown away.  I remember he would place the back of his hand over his forehead with fingers reaching out as if my snap had blown his bangs backwards.  We would laugh our asses off.

You may think a loud snap is one of them useless gift–kinda like that episode of Family Guy where the entire family gets super powers, except for poor Meg who has the power to, um … grow her nails … very long.  However, a loud snap has its perks.  Or at least it used to.  Ever get into an argument with someone and then have a loud snap blow up in your face?  Believe you me, a snap will shut a bitch up.  A bitch will be running at the mouth and they never see it coming … or hear it coming for that matter.  It throws them completely off and they rarely recover.  However … I’m not so bold as to snap in someone’s face these days.  My ass just got braces, so I’m not trying to fight nobody, no way, no how.

My snapping talents came up the other day.  A friend of mine and I were driving around Culver City looking for cool murals, when out of nowhere I was like … 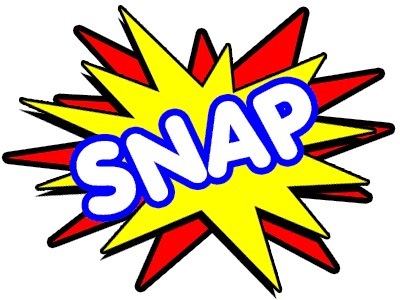 The shit is still super loud.

He was so startled, he pumped the brakes in the middle of Venice Blvd–“Jesus fuck, what was THAT!?”

“Oh, I thought you knew,” I responded nonchalantly.

I suggested he film me snapping for this blog.  He suggested I film him reacting to my snap.  He said it was wrong.  And he asked me not to do it again.

Anyway, now you’re in the know.

Never underestimate the power of the snap.