GIVE ME BARE BODY RIDES 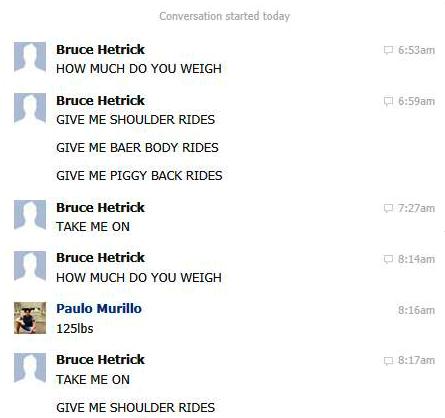 I was like, how much do I weigh?  Is this bitch for real?

They say women lie about their weight and men lie about their height.  Gay men lie about both and then they measure from the back of their hole to the tip of the head and lie about their dick size.  I told him I weighed 125 lbs to ward off whatever pervy fantasy he had about me giving his nasty ass “shoulder rides”–whatever the fuck that means.  I know better than to catch the ball and throw it back–one should never engage.  It’s like feeding the animals, they’re impossible to shake.

And sure enough, the private messages continued.  I was like, I don’t think so; I got a man.  But he didn’t give a shit 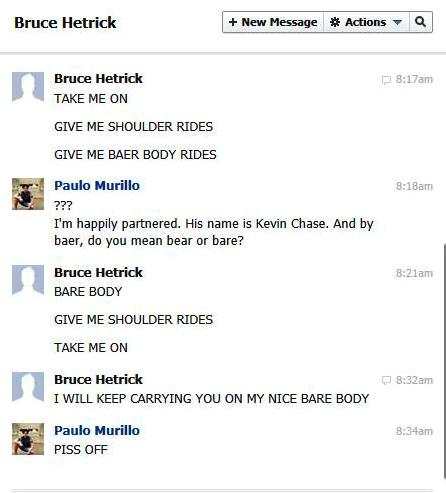 I totally don’t understand the question.  Is this some kind of joke?  Shoulder rides?  Am I being punked?

I told him to PISS OFF and blocked him from my FB account.