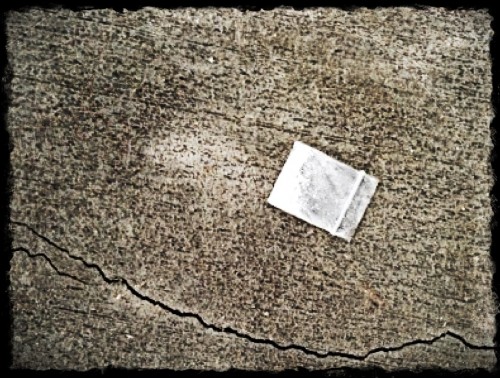 I tripped over a baggy of cocaine the other day, which really tripped my ass out (trussst me – I didn’t have to give it the old rub-on-the-gums taste test  to know it was coke).  It was a tiny speck– not more than a few key-bumps-worth and definitely not something to relapse over, but I still think it’s odd that I found it laying there in the open sidewalk.  Back in the crazy years, I could not cross the street without breaking a stiletto heel and accidentally falling into a baggy.  And my ass couldn’t go to a party without opening the wrong door and finding a bunch of coke heads gathered around a mountain of nose candy — “It’s SNOWING!”  Such was life back then–hard as I tried to get away from the shit, the shit always found me.  But these dayz I find myself so removed from that nonsense, that I never attract it.  Maybe it’s because I stopped looking for it.  I don’t know.

Truth be told I was not much of a coke fan.  Ugh, I hated the taste of the drip.  I found it harder to get. It was expensive.  And it didn’t last long.  If the shit wasn’t like a bullet to the brain that had my ass UP and OUT on a 3 to 4 day run, then that shit was kid’s stuff where drug use was concerned.  Coke’s only purpose was to sober you up so you can keep drinking, which is like sooo damn boring if you ask me. 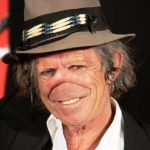 I do have a friend who loved himself some cocaine back in his day (we all have that friend).  He did  a lot of coke in his crazy years, but not so much that his nose caved in (I’ve seen that shit happen to some heavy duty coke heads; they’ll tell you that they don’t have a coke problem even though they walk around with two dots for nostrils, looking like a Dr Seuss character).  He actually has a cute nose, however–funny story–the bitch can’t smell.  It is the strangest phenomenon, cuz even though the bitch can’t smell, he’s able to taste (trust me – I’ve seen that bitch eat – and it looks like the shit tastes jamming).  It’s because he can’t smell that he’s hypersensitive about odors.  “Does my breath smell?” He’ll ask in a panic. “Why do you look like you smell?”  “Does it smell in here?  I can’t tell.”

Of course, I put his lacking sense of smell to the test.  We’ll be chatting, and I’ll lean over to one side ever so slightly and quietly go “ffftttt.”  What follows is FOUL to say the least, but he’ll just be chatting away like nothing while he’s being engulfed in flammable fumes.  I sit there with my eyes watering, completely offended by my own bodily dysfunction.  I’m telling you, THE BITCH CAN’T SMELL!!!

I’m not the only one who’s put his bum nose to the test.  Other friends will giggle after the fact, saying how it’s so nice when you don’t have to make a fist down there and hold it—but you have to be careful.  The trick is to not gamble and lose, or accidentally snap, crackle and pop.  The bitch would be royally pissed if he heard anything suspect and he has no qualms about shaming you to no end for being a pig.

I will never forget the day when I helped him move.  The place was practically empty.  He was upstairs and I was downstairs.  I relieved myself, but instead of producing a dainty “fffftttt,” what came out of me was an obnoxious “PPPFFFRRRTT!”  The place was empty so, that sound bounced off the walls, through the hall, up the stairs and into the second floor.  I was HORRIFIED!!!

“Oh, that was just my shoe,” I replied weakly.

“Do you need to wipe your shoe?”

And I DIED, both from laughter and complete embarrassment.

So like yeah folks, the moral of this story is don’t be a coke whore.  You won’t smell the shit coming.

Oh yeah, I smashed that little baggy of coke to the ground, so that no one else can could get at it.