THE OSBOURNES VS. LADY GAGA – SHE SAID SHE SAID 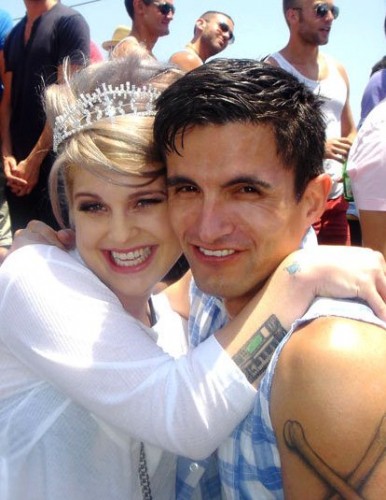 “Lady Gaga’s fans are the worst,” she told Fabulous magazine in October. “They’ve said I should kill myself, that they hope I get raped. I mean it’s crazy but I’ve had this all my life and I just try and ignore it.”

Dear Kelly, While I wish you had reached out to me personally, as the head of the Born This Way foundation with my mother Cynthia we would like to respond. Everyday, through my music and public voice I choose to be positive and work towards a kinder and braver world with our community of followers. I encourage them to ignore criticism, stand up to bullies, know their own value and see that we are all the same and no one person is worth more than another. I know I’m perceived as a wild child, but in reality I am woman that deeply cares for humanity. I have empathy for you Kelly, but I feel it culturally important to note that you have chosen a less compassionate path. Your work on E! with the Fashion Police is rooted in criticism, judgment, and rating people’s beauty against one another. “Appearance” is the most used reason for bullying in the world. Your show breeds negativity, and over the years has even become comedic in nature. It glorifies you and Joan Rivers pointing in the camera, laughing, and making jokes about artists and celebrities as if we are zoo animals. What about your body revolution? It used to make me truly sad when I would hear people talk about your weight when you were younger, as I was bullied too. To see you blossoming into a beautiful slender woman who makes fun of others for a living is astounding. Why not help others? Why not defend others who are bullied for their image and share your story? I am pointing this out not to take a crack at your character, as we’ve met before and you’re lovely. However, I urge you to take responsibility and accountability for the example that you are setting for young people. They look up to you because you are famous, and if you treat others that way on TV, many adolescents at home on twitter assume your actions are acceptable: well if she does it, why can’t I? I cannot control my fans, and I discourage them from any negativity and violence, because that is wrong and hurtful — and I do feel baldy that your feelings were hurt. However, we can all do our part in the media to set a standard of respect, compassion, and love. I wish for you to be treated with the kindness and respect that everyone deserves. While some of my fans have learning to do, most of them share the same values as I, and it’s what bonds us together. And that bond is strong. Sincerely Gaga and Cynthia www.bornthiswayfoundation.org PS. And to any media or celebrities that happen to find this letter in their path, I hope you, too, consider the power of your voices. Lets work together and make 2013 a year of unity.

I am responding to your open letter to my daughter Kelly, and I am perplexed as to why you would go public with an open letter. Regarding this current situation; Kelly didn’t contact you, I was the one that contacted your manager today and the email is attached below for your reference. I reached out to him as Kelly’s manager and mother to ask him if you could address your “little monster” fans and stop them from writing libelous, slanderous and vile comments about my family, including death threats to Kelly. Your open letter is hypocritical and full of contradictions. And as your mother Cynthia supports you, I support my daughter Kelly. I must say your opinions on what is politically correct and acceptable totally differ from mine, but that is what makes the world so interesting…we are all different. How sweet that you have empathy for my daughter, as you feel that she has taken a less passionate path in life. You say her work on E! with the Fashion Police is “rooted in criticism, judgment, and rating people’s beauty against one another.” Welcome to the real world. Example, when I saw you wear a dress made out of raw meat, I was sickened. When I see you wearing fur, and using it as a fashion statement, the fact that defenseless animals have been killed so you can get your picture in the press is abhorrent to me. Shouldn’t you be teaching your “little monster” fans to respect animals and life? I don’t feel I have to justify Kelly’s choices in life to you. By your actions to Kelly right now, you have shown me that you are nothing more than a publicly seeking hypocrite and an attention seeker. You know it would have been much more dignified of you to do this privately. I am calling you a bully because you have 32 million followers hanging on your every word and you are criticizing Kelly in your open letter. Are you so desperate that you needed to make this public?

You state “Everyday, through my music and public voice I choose to be positive and work towards a kinder and braver world with our community of followers.” Well this obviously is not translating well to your fans, as a large portion of them have not only been vile to Kelly, but also other celebrities such as Madonna, Adele and Rihanna. “You say a kinder, braver world” I don’t know what world you live in, but supporting disgraceful fan comments doesn’t fall under the words “kinder and braver.” It comes under the heading of bullshit.

In closing, stop wearing fur, stop looking for publicity, and stop using your fans to belittle not just Kelly but an endless stream of celebrities. A word from you would stop all the hideous, negative and vile threats from your “little monsters.” Let me know if you want to continue this debate. I’m an open playing field for you my darling.

[email from Sharon to Gaga’s Manager0]

I’m on it Sent from my iPhone

You might recall that I wrote to you last year about Gaga’s fans bullying Kelly which you never really responded to. Well, it’s continuing again. I want you to read the blog below from a Lady Gaga fan.

I thought that Gaga was a main campaigner against bullying.

Vince, I’m leaving it in your hands to do the right thing here. One tweet from Gaga can change this whole situation. I’m not asking her to deal with this directly but she if she could tweet something to her fans about being more respectful that may end this. I’m sure she doesn’t condone her fans saying such hideously offensive things.

Wishing you and your family the best in 2013.

I don’t think you wanna fuck with Sharon Osbourne. 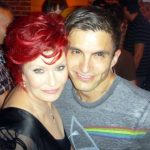 Love some of Gaga’s music, but not a Gaga fan.  Kelly may make fun of some celebrities, but a lot of these celebrities dress like clowns, so they could get some air time in places like Fashion police.  I say it’s a win-win.

I’m with the Osbournes.

Gaga has positioned herself as Mother Monster. She could put an end to this nasty behavior with an open letter or an open tweet to all her little monsters and address the way they behave as prime examples against bullying. Instead she hides behind a “.org” and “stop the bullying” becomes nothing more than an insignificant bumper sticker. To wag a finger at her own litter of lil’ monster would probably cost her a fan base that she’s clearly not willing to sacrifice at the altar that they have built for her.

When all is said and done, this celebrity drama becomes nothing more than a big fart in the wind.

Still fun to watch though.