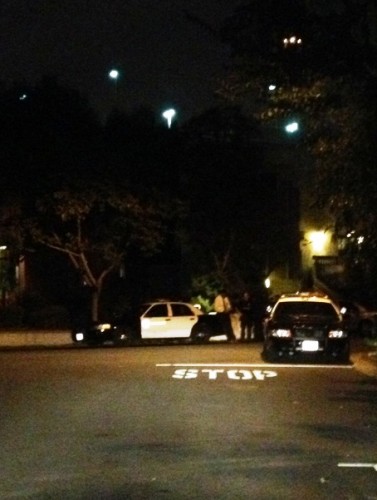 It was Sunday, December 23, 2012, at exactly 6:30 p.m., when I witnessed three police vehicles parked on the corner of Rugby Drive and Westmount Dr. in the heart of West Hollywood.  Police officers were standing around like they were waiting for something to happen with flashlights pointing at their notepads.  I didn’t notice the large white Los Angeles Coroners van until I crossed the street and walked right past it.   The van was parked approximately three doors from where I live.  My impulse, of course was to take a photo of the white van and ask the cops what happened, but a photo of a Coroners van on my street only two days away from Christmas Day was too sad and too morbid–even for me.  It was obvious from the lack of urgency from the police officers that someone had died in my neighborhood.  I decided to keep stepping and just let the morbid scene be.

About an hour later my boyfriend picked me up.  We were going out to dinner.  I had forgotten about the white van in my rush to get ready.  When I hopped in my boyfriend’s car, he was freaking out.  He told me he had just witnessed a body bag get rolled into that white van while he waited for me to come down.  I had just missed the van drive away.

This scene was too close to home for my guy.  In 2007, he lost both his parents exactly six months apart and then lost his brother unexpectedly three weeks after his father’s funeral.  “I don’t know why,” He told me, “But I feel a really bad energy about this scene.  It feels to me like somebody committed suicide.”  Of course all we could think about was the family of this person and how the holidays would be attached to this event for many years to come.  The scene was a dark cloak draped over our entire evening.

I took one photo of the police cars parked outside my street as we drove away.

The following days I asked around to see if anybody knew anything about the scene on December 23rd, but the few neighbors that I know and speak to had no idea anything went down on their street.  It leads me to wonder about how well we know our neighbors, or what our neighbors are going through when we pass them down the street. 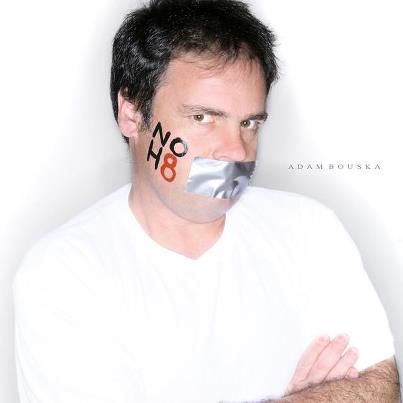 It wasn’t until a week later that I heard about the death of local LGBTQ event photographer Brian Putnam.  He was 48.  Reports state that he was found on the night of December 23rd in West Hollywood, but they don’t say where in the city.  According to reports, it appears he committed suicide due to the deadly combination of depression and substance abuse.  Is this the same person that was found down the street from where I live?  Or did two people pass away that night?

Of course I’m familiar with Brian Putnam, or I should say I’m very familiar with his work.  His photos appeared in Frontiers Magazine, which is a magazine where I write the WeHo Hot Topic page.  I’m also familiar with his face.  Our friendship didn’t extend past our Facebook profiles, which according to our friendship history, shows that I wished him a happy birthday back in March 2, 2011, so we weren’t exactly besties.  Of course I have seen him out and about.  I just can’t remember if I have ever seen him walking down my street.  I may have.  But I’m not sure.

I feel really bad for his family.  They say suicide is a violent act against the people who love you.  In recovery, they also say you shouldn’t pass yourself away in the first few years of sobriety for you could be killing the wrong person.  I don’t know his story.  It’s really none of my business.  I also don’t know what leads somebody to do this sort of thing.  And sadly, when you stay sober for a while, you sort of brace yourself for this sort of thing to happen to somebody around the holidays.

I send his family and those who love him light.  May it shine on them in their darkest hour.

FLASHING BEACONS FINALLY GET INSTALLED IN WEHO – FINALLY!!! OFFICE SPACE – A CALL FOR TIME LIMITS AT YOUR LOCAL STARBUCKS