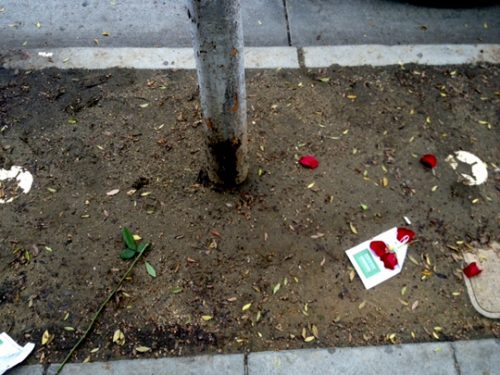 For those of you not in the know, today is World AIDS Day.  Every year, the city of West Hollywood places a single red rose next to a plaque with a person’s name who was lost to AIDS on Santa Monica Blvd.  It’s easy to forget the those names are there if you walk up and down the Boulevard everyday, but then one day you see those single roses lined up as far as the eye could see and you are reminded: World AIDS Day.

Today was no different.  A single rose was placed before a plaque and tree according to tradition–except this afternoon around 2pm, I witnessed something disturbing on my walk to Trader Joe’s in the Heart of WeHo.  At first I saw red rose pedals scattered all over the street.  I thought maybe the city was doing something new this year and sprinkling rose pedals all over the names, instead of placing a single rose for World AIDS Day.  Of course, I then noticed the smashed roses, the torn off heads from the stems, the crumpled papers and the red smudges staining the sidewalk up and down Santa Monica Blvd.  I could not fucking believe it.  Somebody meticulously destroyed the roses as far I could see from Westbourne Dr to La Cienega Blvd on the north side of Santa Monica Blvd. 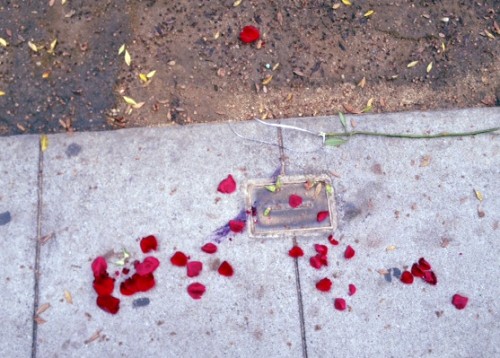 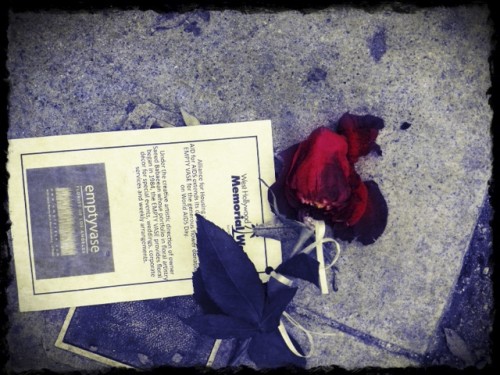 That shit burned me up to no end.  Is this the violent act of some crazy person? Is some angry hateful bitch who’s newly HIV+ behind this?  Or is this the work of some simpleminded dumbfuck who thinks this sort of shit is funny?  This was definitely a rampage smacking of a hate crime that must’ve been witnessed by many.  I can’t believe it happened in the heart of Boystown in West Hollywood, in broad daylight.  I wonder how many people saw this happen?  I wonder how many people reported it?  The whole thing is just fucked up, but like one of my friends suggested on Facebook, the gesture and the symbol that is the single rose being placed next the name of someone lost to AIDS is much more powerful and significant than this pathetic act by some stupid vandal.

May we never forget. 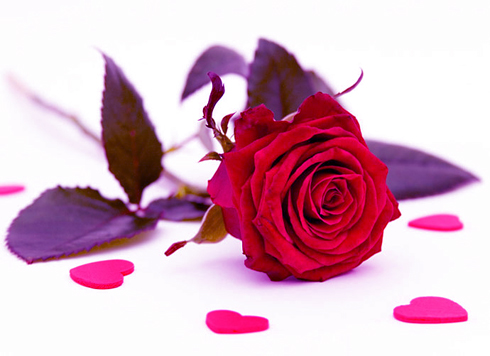