MEET THE PARENTS IN SAN FRANCISCO 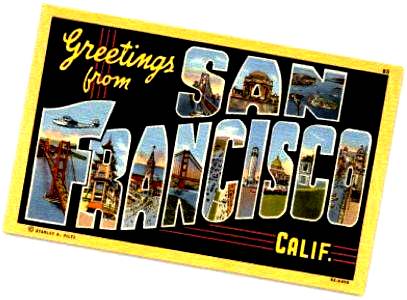 It was a delicate situation when I finally found the nerve to bring the boyfriend home to meet the parents for the very first time.  I figured what better time to bring my “friend” over to meet the folks than around the holidays?  Of course the “friend” was nervous as all hell for he had heard some horror stories about how my mom tried to beat the gay out of me when I was a kid and how she didn’t take it to well when I finally fessed up that I was umm…err…”born this way”—in fact, she told me to pack my bags and leave.  She said I should find my own way, because she couldn’t have that in her home.  She said something about how I was going to humiliate myself and shame the family by being open and loud about this choice that I have made and that she didn’t want it around my dad , who also didn’t take too kindly to that sort of thing (he’s actually my stepfather, which makes him more than a father and the only real father figure I have ever known).

My dad and I didn’t always get along when I was a kid, as can be expected when the kid is “born this way” and the dad doesn’t know what to do about it.  I was different.  And by different I don’t just mean that I was “born this way” but I was also born a mean little bitch.  The biggest shit-kicker that brought great grief into my early life was that I was mostly born different from my brother Mario, who always seemed to be one step ahead of me even though he is one year behind.  Mario learned how to ride a bike, swim, and he got a job before I ever did.  Mario was a little grownup when I was hell bent on remaining a kid.  He was serious when I got a severe case of the church giggles in the most inopportune moments  and places.  And we used to get into the biggest fights which would sometimes lead to fists flying.  I used to fuck him up.  Then one day I walked away with a busted lip and there were no more fist-fights between the Murillo brothers.

The last serious fight Mario and I got into as adults was when we were going to a man’s funeral.  We were on our way to the service and I uttered something nonchalantly along the lines of, “It’s kind of poetic that he died of ass cancer, considering that man was a real asshole his entire life.”  My brother became so angry by my choice of words…”ass cancer.”  The fact that I let out a cruel cackled after I said it, didn’t help my matters much.  We got into it so badly with me arguing my case about the man being an asshole, that my sister Nancy had to wedge herself in between us at the church service like we were both little boys.

Anyway, so I was banished from my home for being a certain way.  My mom wouldn’t speak to me for almost a year when I come out of the closet, which is kind of funny, because if anyone knew that I was “born this way,” it was my mother.  I’m told she finally came around when my father spoke FOR me, which to this day trips me out to no end.  I was on my own and the support came from a place where I least expected it…my own father.  My dad told her that she needed to get over it.  He told her that I was out there alone and that if something happened to me, she would never forgive herself.  And she finally reached out via my brother Mario.

So a few years go by.  The “born this way” issue is not that much of an issue anymore.  I had been dating a guy for over a year and I decided it was time to bring him home for the holidays to break the family in.  He was just there as my “friend” so it wasn’t that big of a deal.  He walked into our living room all tall with blond hair, big blue eyes and the longest lashes you could ever imagine.—Before I continue, you need to know that my father’s name is Sacramento, which I always thought was the coolest name in the world on account of it’s so different.  I introduced everyone, “This is my mother Elsa, and this my dad Sacramento.”

Of course it was uncomfortable.  Everyone was in their best behavior, but you best believe I was relieved when it was time to go home.  As we were leaving my parents home, my boyfriend said good-bye to my mom.  He then looked over at my dad and said, “It was nice to meet you San Francisco.”

Of all the cities in the entire planet, he went from Sacramento to San Francisco!

I DIED inside!  He turned a deep tomato red when he realized his faux-pas.

But my dad laughed.  He has a jolly laugh.  And my mother laughed a little harder.  They both shook their heads as we made our merry way home.  It was the fastest exit anyone could make.  I couldn’t even be mad at him that shit was so funny.

Of course that boyfriend became the ex, but he and I remain close friends to this day, a little over 15 years later.  Of course I still tease him about San Francisco to this day.

And you best BELIEVE that  my current partner walks into the family home front completely scripted, debriefed and warned (meaning threatened) about the difference between San Francisco and Sacramento. 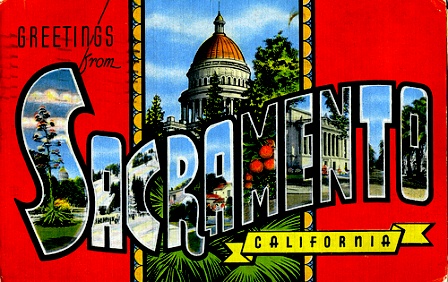 MAN GETS HIT BY CAR IN WEST HOLLYWOOD THE WORLD KEEPS SPINNING ROUND & ROUND!!!