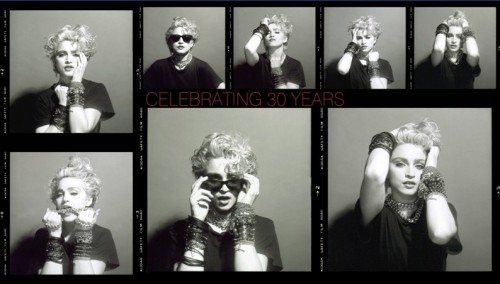 Madonna has been snubbed for a Grammy this year.  No newsflash there.  It’s not even upsetting at this point.  She’s never been much of a Grammy darling.  The woman just came up on a 30-year milestone in the music biz and she gets no kind of respect or recognition from the music biz.  30 years, and she’s got a piddly 7 Grammy Awards in her pocket.  Maybe at 30 years you’re bound to make some enemies.  Maybe she’s not kissing the right ass.  Maybe like her song “I Don’t Give a Fuck” from the MDNA album goes, she straight up doesn’t have a fuck to give.

Who knows?  What I do know is that I take the Grammy noms with a grain of salt and still walk away feeling salty.

When Madonna’s Like a Prayer Album, which was probably her best work to that date, vocally/lyrically/musically, only walked away with one lousy nomination in the forgettable long form video category for “Oh Father” and then LOST to the Paula Abdul music video where that loony bitch dances with a cartoon cat, one can only conclude that there is a serious blip in the Grammy Matrix.

The Like a Prayer album didn’t just give you the title cut, which stood the test of time at the Superbowl this year, but that album also gave you singles like Express Yourself, Cherish, Oh father and the very personal Promise to try.  And the Grammy goes to…Not Madonna.

Even when they were forced to recognize her for the Ray of Light album, it felt forced and too little too late.  And how awesome was it when M performed on the Grammy stage with a video compilation of her body of work playing in the background?

Was MDNA worthy of a Grammy nod, you ask?  Sure.  Why not?  It’s a pretty solid album.

Now let me ask you this: Was Taylor Swift’s “WEEEeeeee…(insert piggy squeak here) are never-never. Getting back together” worth the nod?  I seriously don’t think so, yet look at the outcome.

My friend Stanky said it best this morning via text.  You can either sell a lot of albums; break records selling a lot of concert tickets, have a strong fan base; you can be Madonna…

Or you can get a Grammy!

I SAY FUCK THE GRAMMY AWARDS!!!

DRY YOUR HANDS REALITY TV: THE EXACT OPPOSITE OF REAL