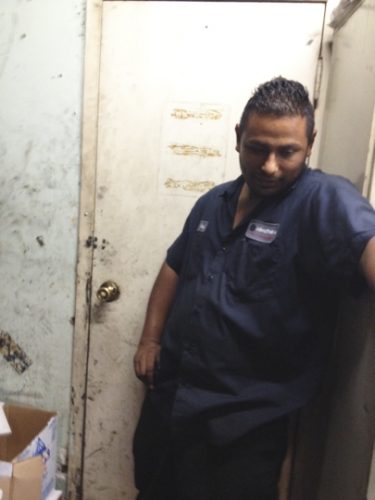 Just a moment ago a sketchy guy walked into the Atlantic Auto Break and Tire that’s located at 1010 Fairfax Ave between Santa Monica Blvd and Melrose Ave.  He begged to use the restroom.  One of the mechanics pointed him towards the toilet.  Mr. Sketchy entered the toilet facility looking all sweaty and out of breath like he had to go something fierce.  Just then a concerned citizen burst inside, also breathless, to inform everyone that the guy in the restroom just stole a lady’s purse.  Unfortunately for Sketchy, the toilet door opened inside out.  One of the mechanics simply stood at the door, trapping the guy inside until the police arrived.

“Please” Sketchy begged.  “I’ll return everything I took, I promise.”

“Too late my friend,” The door guard responded. “Where I come from, they cut off your hand for stealing.”  I think the guard is from somewhere sandy like the Middle East.

Of course, it took the police what seemed like forever to get there.  But when the cops finally arrived.  Justice was served.

It turns out the guy actually stole a tip jar from a restaurant down the street, making this story too damn juicy to pass up. 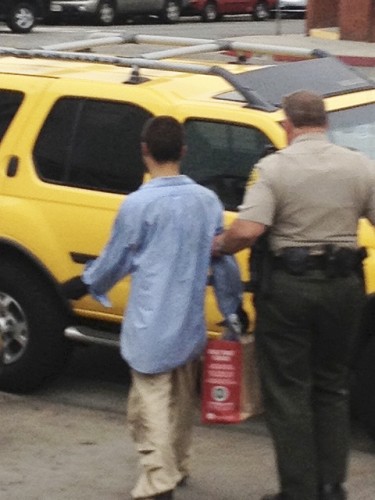