TWINK PHOTOS OF ME ON THE NET 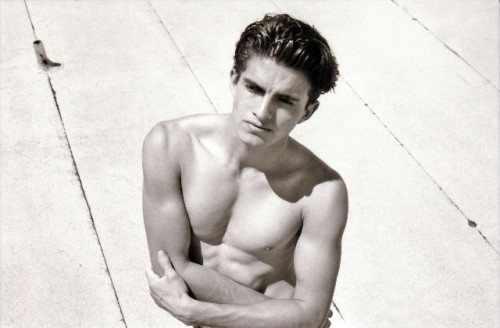 I reconnected with my photographer friend Steven Defalco who recently sent me a link to his photography website stevendefalco.photoshelter.com.  In the Male Models section I was shocked to find twink photos of me from the very early 90s.  It’s was sooo weird looking at photos of me that I don’t think I have ever seen before.  It was like looking into the ghostly image of this skinny little bitch that I kinda/sorta remember, but not really. 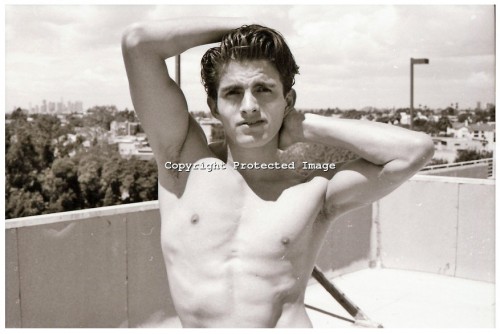 Those twink photos take me back.  I used to get approached to have my picture taken a lot in those early twink years.  I was usually proposed by older men in their…umm…30’s who would ask me to model for them.  While it was flattering that they wanted to take my photo, I was always weary of such requests, because they would inevitably lead to questions about me doing it in the nude.  They always promised to shoot me from the neck down.  Thank gawd I was never foolish enough to fall for such trickery, as such photos would clearly come back to haunt me in my grownup years.  Cock shots of me from the neck down do not exist (that I can remember).

There was a man who worked at the Baby Jane Hudson store that was located inside the French Market Place in WeHo.  Baby Jane sold a bunch of faggy crap like rainbow stickers, drag queen teddy bears and old Judy Garland movie posters, but it was mostly known for pushing black market nude photos of dead celebrities (they sold a grainy photo of a naked James Dean beating off while hanging from a tree branch…supposedly).  Anyway, the man that worked there was a real perv.  He had stacks of photo albums with amateur dick shots from male customers that he would lure into the back room.  At least he had the decency to shoot these guys from the neck down. The only reason why I know about this secret photo album that he kept hidden behind the counter is because he would constantly show me his collection of cock shots and then ask me to step to the back.  It today’s cyber age, young guys whip out their dicks at the flash of a smartphone, but back in those dayz they made ’em a little more modest.  If I was ever tempted to be a part of his cock collection, I always thought twice.  There was nothing more whorie than being seen going into that back room and then stepping out of that back room with my privates freshly exposed.  NO!  Thank you though. 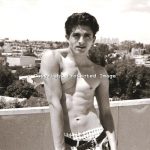 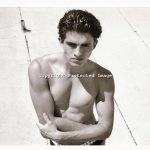 Anyway, photographer Steven Defalco was more professional than that.  He went from shooting a shirtless skinny twink who looked kind of mean in his baggy jeans with boxers ballooning out of his tiny waist on the rooftop of the Sports Connection (Erection/Infection), to shoot for Penthouse and capture some big Hollywood names like Johnny Depp, Pamela Anderson, and Russell Crow.  He also got some iconic candid shots of Robert Downy Jr.

Oh yeah, ten years later he would shoot me for the cover of FAB! Newspaper in a tasteful nude, but not really pose for the gay pride issue (it doesn’t look like it,but I was actually wearing underwear that was strategically hidden in this photo). 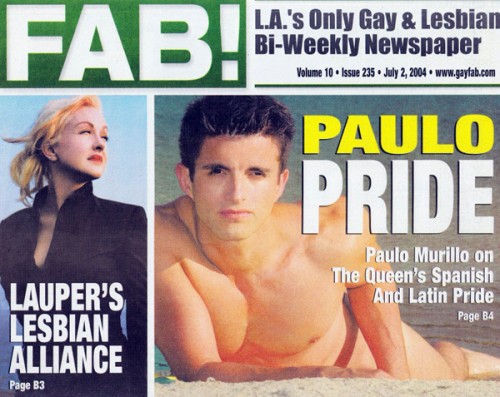 Check out his website below and see for yourself.

Looking at those twink photos of yours truly, I can’t help but go there:  If I knew then, what I know now, I’d probably fuck up and make the same mistakes all over again…on account of I thought that shit was kewt.

TRANSGENDER DAY OF REMEMBRANCE AND NOW A WARNING…