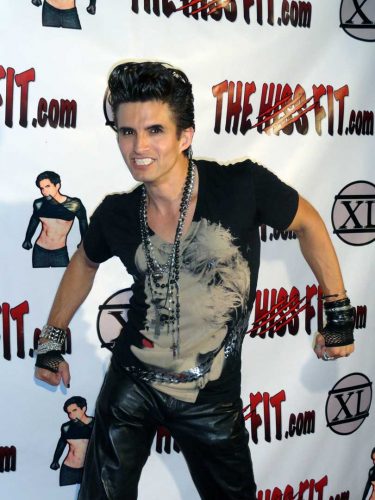 I have always prided myself in keeping the shit real and owning my shit, because I straight up to the head up don’t give a…s.h.i.t.  Then August 30th was around the corner and I was like “Shit, shit, shit!!!  I’m turning the big XL!  THAT is some fucked up shiiieettt.”

In the face of adversity, I decided to throw a party.  Or I should say, I decided to allow my partner Kevin to throw me a party.  The big 40 is not a number I wanted to celebrate at first, but I figured, I needed to own my shit and just roll with it.  The last time I celebrated a birthday was at 30…

You don’t understand, I wasn’t supposed to make it past 30.  I came out of the closet at age 18.  I accepted that I was gay, that I would die old and alone and there was nothing sadder and older than a 30 year-old queen.  At 18, 30 was beyond OLD!   I made a pact with the devil to take my ass out while the shit was still tight.

30 came and went and I was like WHY am I still here?  Then at 34, I was deep in the shit of a crystal meth addiction, tweaking for 4 days straight.  I will never forget how my fingers cramped and froze, my chest hurt and I started feeling faint.  I thought I was dying of a drug overdose.  My time had come.  Instant panic.  I was alone.  I was dirty.  My bedroom was messy.  Who would find me?  And when?  My roommate at the time had no I idea he was sharing rent space with a tweaker.  All the glamour about leaving behind a young (ish) corpse, didn’t  seem so glam after all.  Needless to say my ass chickened out.  Screw the devil, I dialed 911.  That night I told myself, “It ends tonight.  I either die tonight or I get help, but it ends tonight.”  And I’ve been clean and sober ever since.  I started to live.  40 years on this planet.  Fuck it, “I’M ALIVE!!!”

So yeah, there was much to celebrate on my 40th anniversary.  I’m not supposed to be here, yet here I am and it’s all pretty good—actually better than good, the shit is fucking AMAZING!!!

As I get older, I can’t help but look at those who are younger.  I hope I never become that old bitter queen that’s envious of beauty and jealous of youth, because to me there is nothing sadder than an old bitter queen who tries to beat a young sassy thing down and then shut it down with “How DARE you say those awful things – you shouldn’t dress sexy, it’s an inside job – grow up – you should be ashamed of yourself for running around in your underwear – who’s dick are you sucking to get to where you are” and you get the gist.  May I never become that old hating queen who looks at a hot young thing and pictures him 20 years older, so that I could feel better about not being 20 years younger.  May I NEVER…but then again, I guess never say never.

I’m 40.  I’m clean and I’m sober and I feel like I have a responsibility to make the shit look good.  Cuz I mean, who are we kidding here people, the shit is still pretty tight!