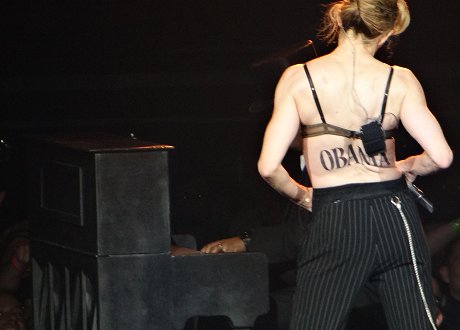 When I caught wind that the big M had called Obama a Muslim during the speaking portion of a recent MDMA concert, I quickly dismissed this dumb rumor as somebody doing exactly that–passing wind.

Of course the rumor turned out to be factual and I was like what in the…FUCK!!!???

The Lady Gags come at me constantly with their Monster M bashing and the Pariah Scaries can’t resist posting pics on my Facebook wall of the lesser “M” looking like a blank blowup sex doll (evil grin).  Gaga got fat and Mariah joined the ranks of Paula Abdul and cashed in for some American idol dough, so the cackling queens are quiet at the moment.  Then M busts out with this stewpid political flub?  Talk about a total head-scratcher! 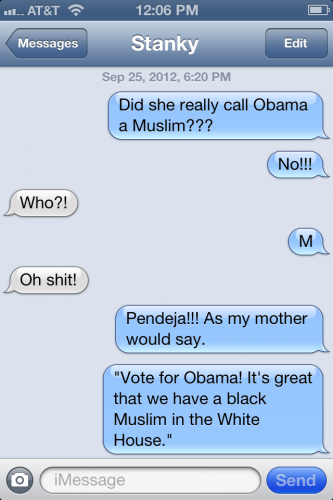 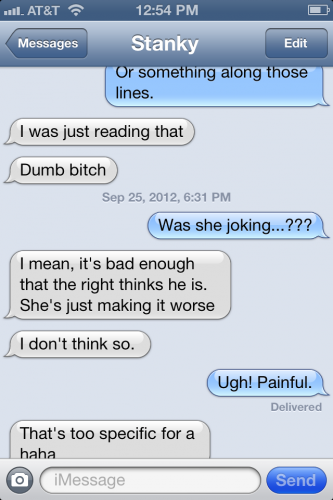 What she actually said according to video footage: “Y’all better vote for fucking Obama, OK?  For better or for worse, alright?  We have a black Muslim in the White House. Now that’s some amazing shit.  It means there is hope in this country. And Obama is fighting for gay rights, so support the man, goddammit.”

It took me back to when Larry King asked Madonna what she thought about Hillary Clinton in a Larry King Live interview back in 1999.  She fluttered those Dietrich eyes of hers and she was like…”She changes her hair a lot, doesn’t she?”

Maddy continues to suffer from a severe case of Smart Girl pretending to be Stewpid Girl.  Stewpid girls can get away with murder, but playing stewpid has its expiration date.  And M’s ticket has long expired.  We all know she’s smarter than that.

“I was being ironic on stage,” she stated afterwards. “Yes, I know Obama is not a Muslim — though I know that plenty of people in this country think he is. And what if he were? The point I was making is that a good man is a good man, no matter who he prays to. I don’t care what religion Obama is — nor should anyone else in America.”

She could have said so on stage that night, but she didn’t.  Then again, I reckon if she had, we wouldn’t be talking about it two days later.  And it wouldn’t be part of today’s hiss fit.

The statement was as ironic as that Alanis Morissette, where things weren’t really ironic.  They were just fucked.

It’s like sooo totally ironic that she’s still goes to these lengths to stir the shit. 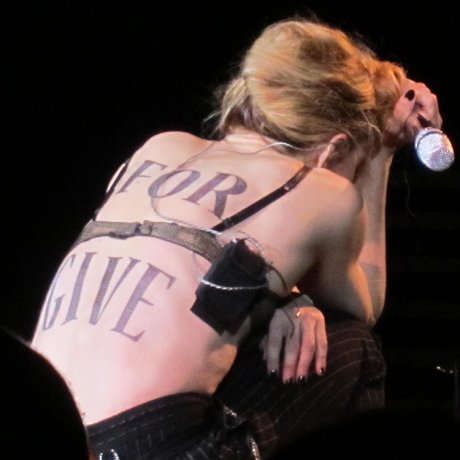