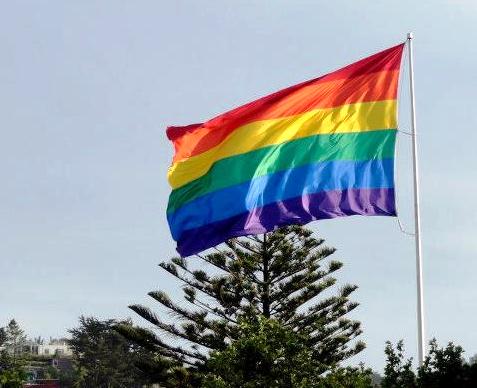 I did a double take and had to rub my eyes to make sure I wasn’t seeing craziness when I read over my boyfriend’s shoulder how gay marriages in Mexico City are to be recognized all over Mexico.

The following is via Huffingtonpost.com

MEXICO CITY — Mexico’s Supreme Court ruled Tuesday that all 31 states must recognize same-sex marriages performed in the capital, though its decision does not force those states to begin marrying gay couples in their territory.

In a 9-2 decision, the tribunal cited an article of the constitution requiring states to recognize legal contracts drawn up elsewhere.

It did not specify what degree of recognition must be granted to same-sex couples.

Mexico City’s same-sex marriage law, enacted in March, extends to wedded gay couples the right to adopt children, to jointly apply for bank loans, to inherit wealth and to be covered by their spouses’ insurance policies. Some of those may end up applying only in the capital.

The Supreme Court ruled last week that same-sex weddings are constitutional – though it is holding separate discussions this week on the adoption clause.

One of the justices, Sergio Aguirre, argued against adoptions by same-sex couples Tuesday, saying children might suffer discrimination as a result.

I don’t know where/how this happened, but Mexico City becomes the first in Latin America to legalize same-sex marriage with a bill that passed with 39-20 votes, calling it “the free uniting of two people.”

But that’s not all!  A second resolution passed which allows same-sex married couples to legally adopt children.

This is crazy!  When did Mexico City come out of the closet?

“This is a historic day,” said Mexican legislator Victor Hugo Romo.  “For centuries, unfair laws prohibited marriage between whites and blacks, between Europeans and Indians. Today, all the barriers have disappeared.”

I never saw this coming.  The first thing that comes to mind is the Pope and Mexico’s Catholic archdiocese who swear on the Bible that the human race will die out if gay’s are allowed to marry and that legalizing gay marriage is immoral and destroys families.

“Recognizing homosexual civil unions as marriage goes against the public good and the emotional development of our children,” said Giovanni Guiterrez, a city lawmaker from Calderón’s National Action Party [go tell that to the gay children].

“[These lawmakers] have given Mexicans a very bitter Christmas,” said Armando Martinez Gomez, president of the College of Catholic Attorneys in a December 22 interview with The LA Times. “They have eliminated the word ‘father’ and ‘mother.’”