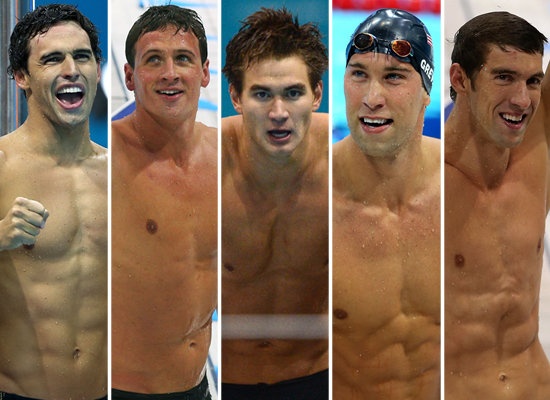 I find it fascinating how the Ancient Olympics in Greece celebrated the human body and all that the male form could achieve with athletes competing completely in the NUDE before an open stadium!  Yup, it was an all-male event with all-male action.

Then cut to the 2012 London Olympics, and I’m seriously baffled by the modesty and censorship behind the televised production value of some of the competitions–especially the wet events.  Notice how the men are shot from the waist up with close-ups of their heads or wide shots of their bodies, so that their crotch is a big blur, while the women are mostly shot from the neck up with a nude shoulder here and there?  I find this absolutely ridiculous. 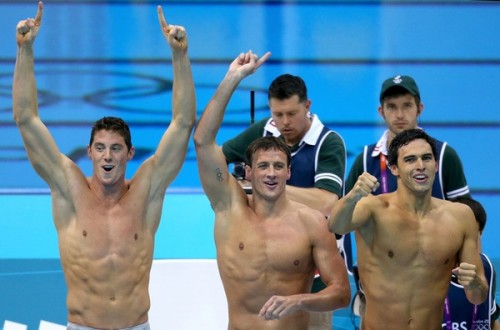 What do people think will happen if we got an eye-full of Michael Phelps’ bulge (or lack-thereof, lets’-be-honest-here)?  Will society collapse?  Will women stop going to church and start having extramarital affairs?  Will gay men get a boner and go on a raping rampage?  Or even WORSE, will lesbian and straight men change the channel because watching a man’s wet moose knuckle in a Speedo is much too threatening and uncomfortable?

I hear the hangups are different in Europe.  There, the men get full Speedo privileges, while the women get sliced on camera, so there isn’t a damp camel toe in sight.

It says a lot about today’s society.  We carry on like a sexually abused species with some serious sexual hang-ups.  And it only seems to get worse as the time passes. 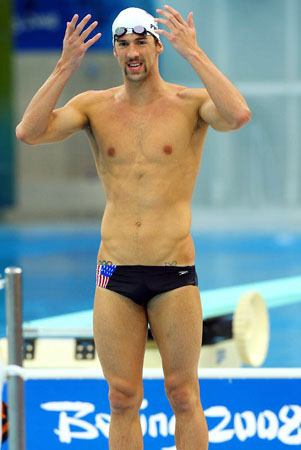