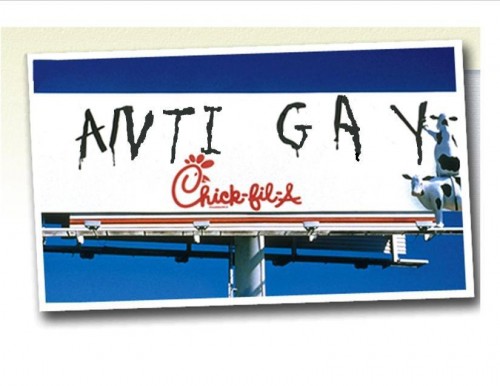 The opposition to Shit-fil-A continues to flare up in the wake of the shit food company’s acknowledged support of anti-gay Christian groups.  Last week the Muppets severed ties with the company and released a statement stating that they would pull their kid’s meal toys from a Shit-fil-A near you.

The Jim Henson Company released the following statement via their Facebook page: 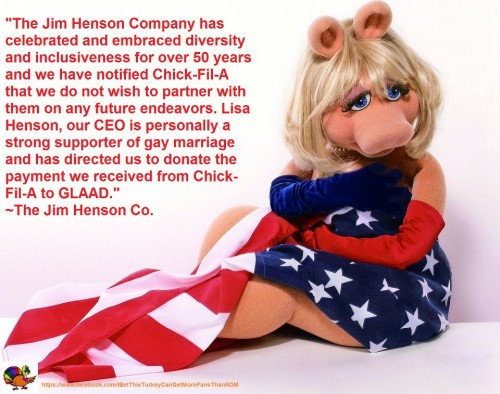 Shortly after the photo below went viral, which was reportedly posted at Shit-fil-A at the Shops at Willow Bend in Plano, Texas.  It states that they are voluntarily recalling the Jim Henson Creature Ship Puppet Kids Meal Toys from their shit shops because of “possible safety issues,” sending an uproar through the blogosphere and from the public calling Shit-fil-A liars and hypocrites and questioning their bible principles.  Not even sure if the sign is legal–probably not, since it has been removed according to news reports. 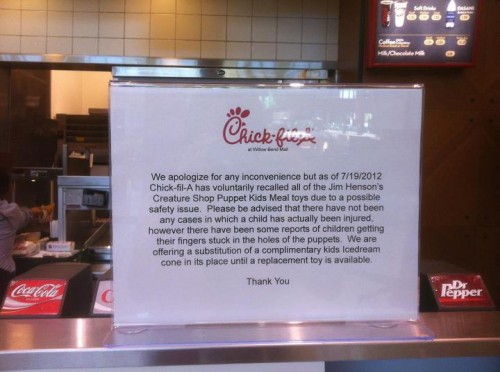 Around the same time Boston Mayor Thomas Menino took a stand against bigotry by telling the Boston Herald that “Chick-fil-A doesn’t belong in Boston.  You can’t have a business in the city of Boston that discriminates against a population,” he told the Hearald. “We’re an open city, we’re a city that’s at the forefront of inclusion.”

Then Ald.Proco “Joe” Moreno announced this week that he will block Chick-fil-A’s effort to build its second Chicago store in the Logan Square neighborhood, following company President Dan Cathy’s remarks last week that he was “guilty as charged” for supporting the biblical definition of marriage as between a man and woman.  Headlines read – Alderman to Chick-fil-A: No deal.

GLAAD also released a statement reporting that a local gay and lesbian youth group called Youth Empowered to Act, which is a group with The Center Orange County that advocates for the local lesbian, gay, bisexual and transgender community, is planning to protest the new Shit-fil-A in Laguna Hills, which is scheduled to open early Thursday, July 26, 2012.

Let the shit storm continue.  The Shit-fil-A on Hollywood and Highland continues to operate unperturbed (they close on Sundays to go to church).  I say we pay them a visit with signs and whistles and screams and news vans on the very busy corner that is in the very heart of Hollywood.