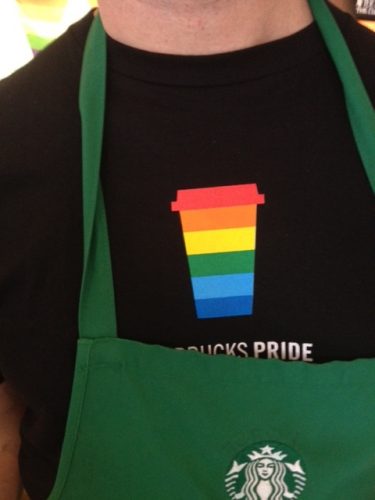 The Starbucks in the heart of West Hollywood did not only recognize where their bread and butter comes from, but this year they actually sent a tiny grateful  shout-out to the local Weho gay population in the form of  a simple black Starbucks Pride t-shirt with a rainbow silhouette of their coffee cups being worn by all the employees.  They also decorated the entire establishment with rainbow flags, which I have to admit, is kind of cool. 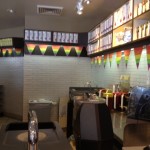 I spend more money than I care to admit at this establishment on a daily basis and it’s nice to feel supported in return, even if it’s only for the sake of commerce.  Other establishment make no qualms that they hate the gays, but love the gay money, so there ya have it.

I guess what I’m trying to say is thank you Big Gay Starbucks in Weho…for making me walk away from our transactions with a feeling like it’s money well spent—“Venti Bold please.”