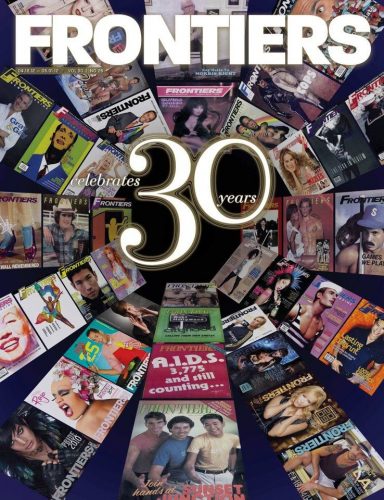 I recently attended the 30th Anniversary party for Frontiers Magazine and Oh! Em! Gee!  Some of those past magazine covers that were projected on a big screen took me back to some innocent times when I was freshly out of the closet and reeking of over-confident ‘tude to compensate for the fact that my ass was scared shitless to be openly gay, and I was hiding the fact that I was hungry for love and friends and fun and I was confused and angry and completely at odds with the world.

This month marks two years that I joined the Frontiers family.  I write the West Hollywood Hot Topic.  If you had told me ten years ago that I would be writing for Frontiers mag ten years later and that I would be covering West Hollywood City Hall news, and that my writing would have absolutely NOTHING to do with words like “me” or “I think”…I would have seriously told you to pass me the pipe and then puffed some smoke in your face (puff-puff-POOF-be-gone).

I love writing the Hot Topic for the simple fact that it has nothing to do with me.  It gives me the opportunity to totally flip the switch, stretch, show some range and grasp at some redemption.  I also get to take on the role as press photographer for that column, but my favorite part about the gig is the man-on-the-street interviews where I ask people about city issues that they don’t think matter much.  I love seeing those wheels churn.  They go from jaded, to concerned, to passionate about whatever the Hot Topic may be–whether it’s the ban on smoking in outdoor patios, a ban on the sale of fur, or a ban on plastic bags at grocery stores–people may not act like it, or recognize it at first, but people care. 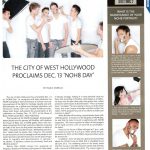 When I was first published for the gay media in FAB! Newspaper many years ago, I wrote a day in the life column where I didn’t give an inch or a damn about my crazy hip-to-the-trip West Hollywood lifestyle with all its self-deprecating sex-capades and politically incorrect glory, so now it only makes perfect sense that I take a more serious turn in the city that I love and write about West Hollywood politics and the issues facing our little Weho community, cuz we all gotz to grow up at some point (totes)—pick up a copy of the 30th Anniversary Issue out NOW and read my interview with West Hollywood Mayor Jeffrey Prang.

Frontiers survived for 30 years.  It outlived EDGE Magazine, OUT Magazine, XY Magazine, and my beloved FAB! Newspaper (I lived and breathed FAB!) to name only a few.  And like it or not, it has engraved itself into the gay experience, because even though some queens may not like to read, every queen loves to look at pretty pictures and every queen can’t help but gravitate towards the back of the mag where the Classified sex ads are located and you can lose yourself in a world of what-if. 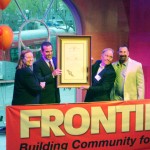 The 30th Anniversary party was jam-packed with local celebrities as well as some random folks from my distant past at Eleven Nightclub—I hadn’t been to a club/bar in what feels like YEARS, so that was a trip in itself (I actually ATE a mini slice of pizza, just to make a point that I didn’t care what people thought, and then I swore I had pizza dough stuck between my teeth the entire evening).  We had the new Mayor of West Hollywood, Jeffery Prang sharing a table with the 41st and current Mayor of Los Angeles, Antonio Villaraigosa.  But the highlight of the night has to be the one and only legendary icon Charo, who was girlie and playful and pressed herself up against you when she took a photo.  She seriously saw my camera and jumped out of her booth to get me in the photo with her.  I freakin’ love Charo and would take her over Lady Gaga any rainy day of the week. 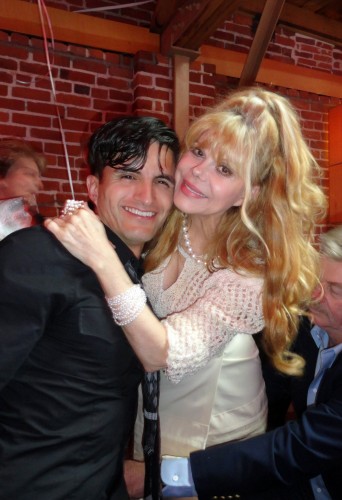 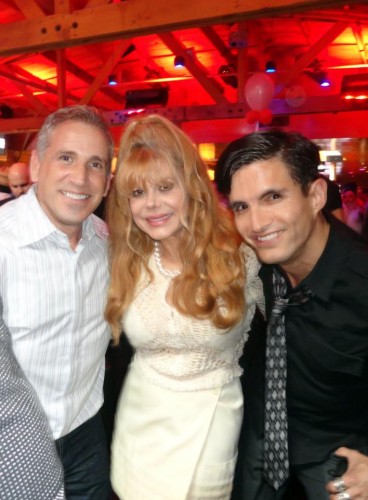 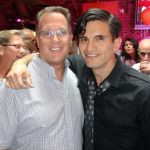 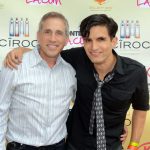 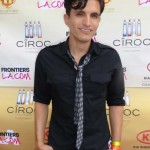 CONGRATULATIONS ON 30 YEARS FRONTIERS!!!  You’ll always be like my older sister with the younger hotter body and pretty, chiseled face (you bitch).  Hats off to publishers David Stern and Mark Hundahl (the men who sign my checks).  And CONGRATULATIONS to Karen Ocamb for all your accomplishments and to LAGLC’s Lorri Jean, West Hollywood City Councilmember John Duran and Los Angeles Mayor Antonio Villaraigosa for your Community Builder Awards.