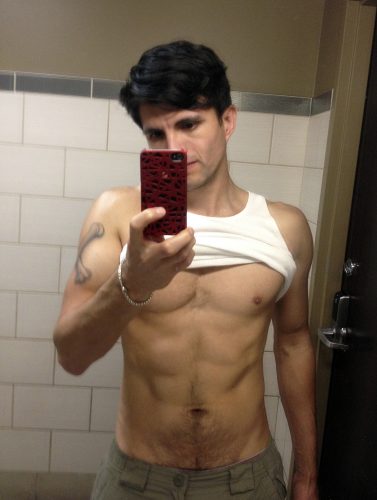 This is what guys do when people aren’t looking.  The self-portrait on a bathroom mirror is total shirtless douchery that dates back to when a camera was added to a smart phone.  It doesn’t really matter what a guy is working with in terms of physique.  A guy’s alone in a bathroom; there’s a mirror, so the obvious thing to do is bust out that cell phone and let a mini photo shoot unfold while people outside wait to use the shitter.  I reckon women do it also.

How do I know this?

Aside from doing that kind of shit myself on occasion (gulp)…there’s a website that I would rather not mention on this here blog, which is dedicated to dumb guys and their iPhones.  It’s mostly a porn site, judging from the extensive collection of self-portrait cock & ass shots that you get, depending on the best attribute—I’m talkin’ about  some Romper Room unprofessional bullshiiieett with guys who snap naked photos of themselves and then post them online so that people can leave comments (I guess kind of like Facebook, only hell a nasty). Most of the comments sound like they come from the same pervy old man.  It’s always the same lusty tone talkin’ about—oh I would love to do this or that dirty deed with this or that private part—I real ego booster I reckon, but that boost comes with the price of having your private junk becoming public domain.  Especially the dumb guys that include their face when they shoot themselves standing naked in front of their crusty bathroom mirror.  Then you also have the idiots that screen capture themselves having sex.  The problem with all that nonsense is that you don’t have to be hot to post a pic.  All you need is an iPhone.

Then AGAIN…on the upside/flipside (there’s ALWAYS a flipside), there is something to be said about these guys that post nude pictures of themselves even though the cutting soundbite tends to be: “you’re too fat/too skinny/too hairy/too old/too queeny/not cute/underhung/etc.”  There must be something very liberating about putting your junk out there and not giving a high flying mutherfucking fuck what people think.  There’s a nut for every screw, so there must be a point to these unflattering photos.  I guess if a guy feels empowered when he sees his private dot spread wide apart on a website then more power to him. 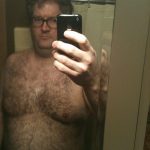 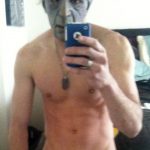 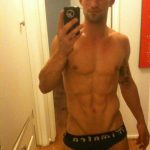 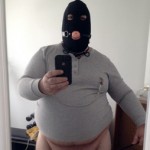 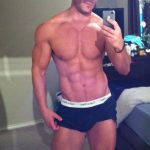 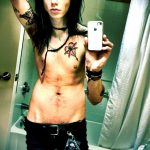 Think about it–every cock shot or compromising sexual position that gets posted on this website adds up to advertising dollars for the webmaster.  You give them your private parts for a few piddly compliments and some fuckers run to the bank after every click that your picture generates without doing anything more than refreshing a page.  There’s a new one born everyday and those images get uploaded/downloaded on a daily basis.

Dumb for dumb guys with iPhones.

Brilliant for the webmaster collecting these photos.

Come to think of it…there are a some pics of me running around in my underwear that are floating around somewhere on the net.  I have nooo idea where these pictures are ending up, if my underwear has been removed, and so forth…

I reckon that makes me pretty dumb also.