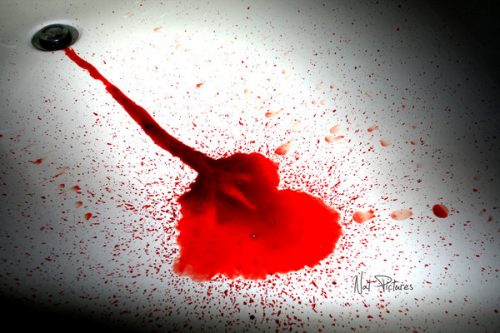 What exactly does it mean when a guy is too nice?  When you like somebody and you want them to like you back, you’re nice…yes???  Is being nice bad, or not badass enough?  Are we saying we don’t deserve better than being treated good (…and by good, I mean well)?  What exactly is a nice guy anyway?  And why do they tend to finish last?  When we say a guy is too nice, are we saying a guy is too spineless?  Too weak (spineless and weak are two different things)?  Unmanly?  Boring?  Stupid.  Uncool?  Or just plain Unsexy?

It’s about the sex, isn’t it?  Or lack thereof?  We CAN’T associate sex with niceness, because nice sex is bad sex.  Sex should be dirty.  Sex should be exciting.  There should be an element of danger.  Is sex best with a total stranger?

Then again, where is the love?  Making love and having sex.  Umm…not the same thing is it?  Love should be nice.  Love should be sweet.  Love should feel safe.  And that’s where nice guys come in.  They may finish last, but if we want something lasting, that’s exactly where we end up…in the arms of someone who is too nice to us, or for us.

Why condemn a guy to being just another nice-spineless-weak-unmanly-boring-stupid-uncool-unsexy type of guy?  Why not just be honest and say that you’re not interested…in dating, in love or in this person who happens to be offensively nice.  It doesn’t matter how you slice that heart.  “You’re too nice for me” means you’re not the one for ME, you’re not what I want for ME, you’re not what I see for ME.  And yet all a nice guy ever hears is a “hhmm…maybe…I just need to be nicer.”

Then again, why do nice guys fall for these lousy douche holes?  It’s like the fat guy wanting to be loved for being fat, yet he won’t date another fat guy, because fat guys are gross, so he’s always chasing someone fit—OK, that was mean.

My friend asked a fair question.  If he’s too fucking nice.  Then how the HELL is he supposed to BE?