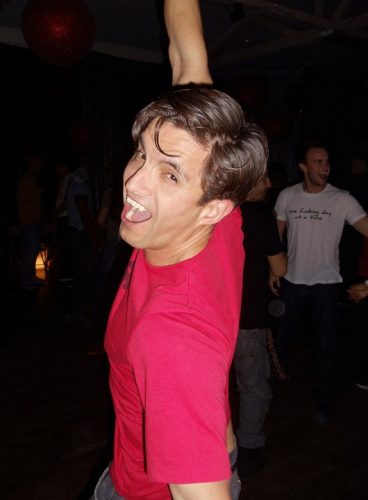 Happy people make me mad.  Period.  But I don’t really give a shit about people posting happy pictures of themselves on Facebook.  I’m too damn busy posting happy pictures of my own to notice.   Then again it’s kind of depressing seeing people go on about:  Look at me.  Life is good.  This is fun.  Lots of friends.  Laugh and dance.  Doing things and going places.  Being clever.  Being liked. Look what I found.  Happy sunny day—and people tend to sound special in that special-SPECIAL sort of way.

I guess there’s always the alternative where people can go on FB to bitch and moan about their small and sad lil’ lives.  Those posts are funny.  Then other folks come along with happy words of encouragment and the plane comes crashing down into a big kumbaya (spelling?) moment.  Can we say BLOCKED!!!???

I came close to having a Sad Girl moment when I changed my relationship status to “single” a few years back.  People came on my wall trying to be nosy and asking about what happened.  Then they came at me with comments of encouragement.  I deleted them.  And then I hid my relationship status.  It took me almost a year of dating my current Boo before I could fess up on FB that I was “in a relationship.”  But that’s a whole different topic.

Anyway, according to the article below, people posting happy pictures of themselves makes other people feel like they’re not happy enough.  Interesting.  They should do a research of what would happen if people started posting sad pictures of themselves.  I’m not talking about someone looking serious and smoldering.  I’m talking about sad photo albums where people are crying.  That shit would really suck for me, cuz I cry so damn ugly.  Ask any of my friends.  It’s a frightful sight where a horrible vein pops out of my forehead, my nose turns red, my face distorts into this pathetic mask of a blubbery, buggery, sweaty mess and my voice goes up a few octaves.  NOT KEWT!  I envy those people that can hold their shit together and let a tear roll down their face ala Demi Moore in “Ghost.”

And so the question stands:

There are plenty of reasons to feel down in today’s fast-paced, hectic world, and you wouldn’t think that the world’s most popular social networking site would be one of them. But that’s exactly what a new study by Utah Valley University has found.

According to the study,  Facebook is making us sad. Why? It’s all about the kinds of pictures people to post on their pages.

Facebook photos generally depict smiling, cheerful people having good times, conveying a sense of happiness. Of course everyone likes to smile for the camera, so that good cheer may be inflated or false. As others view the photos, they may believe this conveyed sense of  intense happiness is real, making them think that their friends are much happier than they are.

Sociologists Hui-Tzu Grace Chou and Nicholas Edge said they interviewed 425 students, asking them whether they agreed or disagreed with such statements as “Many of my friends have a better life than me,” and “Life is fair.”

They also asked about the students’ Facebook usage, including how many “friends” they had on the site, and how many of those friends were really people they knew.

After controlling for race, gender, religious beliefs and whether the volunteers were unattached or in a relationship, the researchers saw a pattern: The more time students spent on Facebook, the more they thought others had it better than they did.

So if you are looking for a way to cheer yourself up, the researchers say you may do well to log off Facebook. Call your best friend instead.