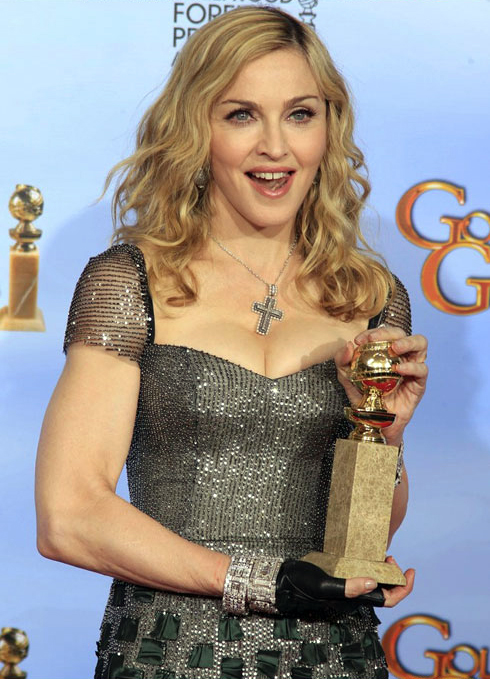 And the fact that she beat Elton John who once called her a cow that can’t sing…well that’s just cosmic masterpiece.

The squat cunty queen went after M again on the red carpet saying: “Madonna doesn’t have a fucking chance of winning tonight.”

When asked if those were fightin’ words, his answer was: “No, those are accurate words.”

The Rocket Man fell off his rocker when they announced her name.

Behold the look of total and utter defeat:  SUCK IT BITCH!!! 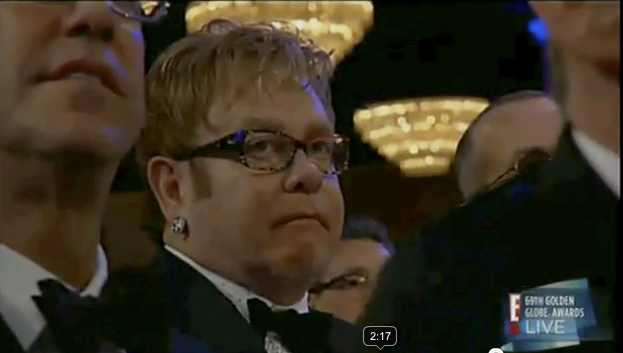