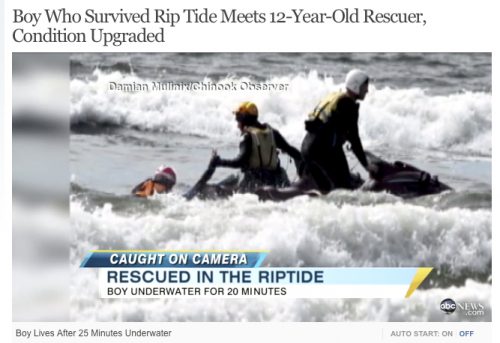 This went down early this month, but I could not shake this story when I first read about it.  The subject header pretty much says it all:  A 12 year-old girl’s human instinct was to use her boogie board and try to save a drowning boy when she heard him scream for help.  According to reports, the boy was there on a field trip with a church group.  The church group heard the screams before the boy went under.  Their instinct was to drop to their knees and pray.  No human chain to try and reach the boy.  No calling the coastguard or waving down a lifeguard.  They dropped to their knees and prayed.

12 year-0ld Nicole Kissel went into action and managed to get the boy on her boogie board before the sea pulled him under again.  He spent 25 minutes underwater before rescuers pulled him out.  He survived…probably because Kissel kept him above water for a few moments longer.  The messed up part of the story is that they credit the power of prayer for saving the boys life.  The church group took the credit.  According to the pastor standing by, the boy owes his life to the miracle of prayer.  Never you mind that the boy will most likely be retarded due to the lack of oxygen to his brain for so long.  His survival was an act of God. 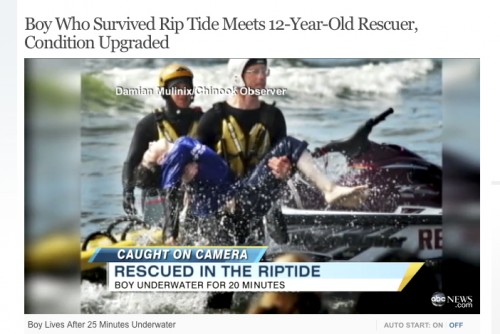 Prayer has its place.  I pray all the time.  Praying when a boy is drowning and screaming for help is probably NOT the best time to dig your knees in the sand and beg  for some divine intervention.  Into action people!

Get what I’m trying not to say?