The time is now 6:00pm. I’m comin’ at ya LIVE from Anchorage Alaska, the North to the Future State. Yes-yes, it is home to the Palins and that Playgirl piggy Levi what’s-his face. It’s also home to a lot of of other people. And bears. And moose.

I jumped at the somewhat sudden opportunity to fly out here to visit my good friend Joe, who I’ve known since 1991 and I haven’t seen in like four years. This trip is a pretty bold move for me, considering I am terrified of flying (the possibility of falling out of the sky inside a fiery ball of flames gets to me every single time). Yup, sobriety has turned into a flying pussy. I used to wash down a couple of happy pills with a vodka cocktail and be ready to fly like a bird to New York, Miami, Canada, Honolulu, Kansas, Seattle, Portland and so forth. Now that I’m sober, I pack an angel pin in my pocket, my good luck pebble, a shitload of prayers and I become one with God above the clouds. Then God fades back to nonexistence the second that the tires touch the ground. Such is life. 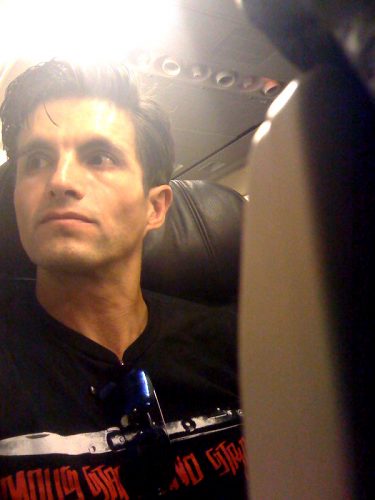 My first day had an interesting kick-start. It has been incredibly sunny. It rained consecutively for over a month, but it appears that I brought the sunshine with me from Cali. I was looking forward to getting all messy and muddy in the northern frontier this morning, but instead I found myself getting dressed up in my friend’s Banana Republic duds for church! Yes, CHURCH!!! My friend took me to my first State Funeral, how twisted is that? It was a service for former senator Ted Stevens aka Uncle Ted, who had an untimely death in a plane crash about a week ago (which did not serve my fear of flying too well). Joe told me very nonchalantly that Sarah Palin and Joe Biden were gonna be there, so curiosity got the better of me. Literally. I ended up inside the Anchorage Baptist Temple (aka the Hate Factory by some of the local gays). I was surrounded by staunch Republicans, secret service agents, and a bunch of Jesus Freaks—two little old ladies with big fat crosses dangling from their turkey necks did not want to scoot their asses over to share a seat with the likes of my friend and me. We had to fight for our prime balcony spot, front and center. 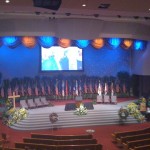 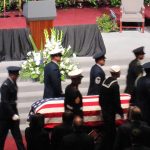 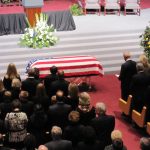 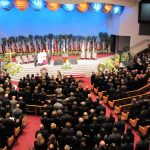 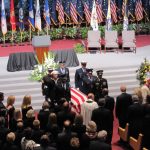 I wanted to experience something different/something new in this trip, and it didn’t get more different and newer than a roomful of members from the US Senate. I got to hear a speech from The Vice President of the U.S. of A., AND believe it or not, I actually witnessed the woman who woulda/coulda been vice prez if Alaskans had their way. I hate Sarah Palin. I also hate that I was so damn excited to see her in the flesh–thanks in large part to the power of celebrity. She mostly kept a low pro in the background. Then the Reverend Jerry Prevo went up to the podium and I wanted to run out of there screaming. The man is not a fan of the gays. He would make a stake out of a broomstick and then ram it up our nether regions Medieval style if he knew what we were about.

But on a more serious note…five died in the plane crash, including Uncle Ted. Four people survived. Two of the survivors–I believe it was the father and son–made it to the funeral. They both sat in wheelchairs at the very front covered in bandages. The ceremony must’ve brought on some pretty fucked up feelings. Not only did these two men go through the motions of the fall and the actual crash, but they were now witnessing the funeral of a man that could’ve been seated right next to them. Talk about a new lease on life. It messed with my head. 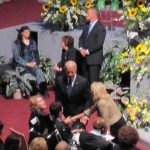 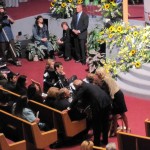 Anyway…seeing Joe Biden was pretty random, but not nearly as far-fetched as seeing Palin after hearing all the Palin jokes back at home when I told my friends I was coming here. Yup, Sarah and I like totally hanged at this stiff man’s shindig. It wasn’t until I saw all the news coverage when we got home, and I noticed all the people that camped outside the church lawn to get a glimpse of a live feed of the funeral going on inside that I realized I was a part of something huge. I was grateful that my friend took me. I also appreciated that we showed up early. I’m definitely keeping my program of the service. So I can sell it to the highest bidder on Ebay (evil grin).

Next up is some hiking up Near Point mountain. I’m talking about in the next couple of minutes. The sun shines bright for most of the evening in these neck of the woods. I need to pick out the right trekking outfit.