I finally caught “Shutter Island” at the Arclight Theatre in Hollywood last night. It was OK. Scorsese tried to pull a “Sixth Sense” meets “The Others” twist, but I predicted the ending despite all the holes in the story. My friend didn’t believe me. He said I would have spoiled the climax through the middle of the movie. I don’t know why I didn’t.

I used to work at the Arclight Theatre back in 2007 as part of my rehabilitation program. Serving hot dogs and popping popcorn was supposed to humble me, but I mostly found that shit humiliating in my grownup stage. Rehab was all the rage in ’07 thanks to Britney’s bald antics, Lindsay’s in-and-out stints, and Nicole’s skeletal problems. Add Amy Winehouse’s Rehab-no-no anthem, and my life pretty much became a pun over night. Oh no.

Speaking of Lindsay and Nicole…I noticed the Arc is repeating the Hollywood Most Wanted art series, which shows mug shots of famous faces in freshly busted poses. The gallery varies from the dearly departed like Martin Luther King Jr., Anna Nicole Smith, and Michael Jackson (in a ghostly white lady stance), and moves along to the walking undead like Robert Downey Jr., Mel Gibson, and that kid from “Sixth Sense” to name a few faves. Of course Paris, Nicole, and Lindsay each have two photo ops in the collection, as if getting arrested were some kind of competition. 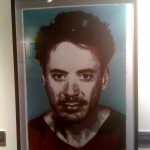 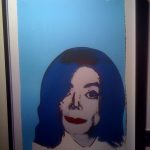 The artist behind these infamous prints basically blew up embarrassing shots of celebrities at their lowest point, and then she painted over them to create art. Lazy art if you ask me, but what’s so brilliant about showing these images at the Arclight is that a lot of the celebrities hanging on the walls frequent this theatre for their own movie experience. Imagine you’re Charlie Sheen and you bump into yourself in a not so flattering close-up? 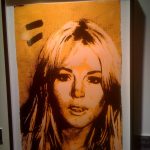 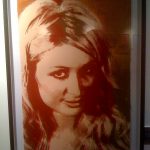 I witnessed such a close-up encounter happen to Nicole Richie. When Hollywood’s Most Wanted debuted in ‘07, I was an Arclight “crew member” taking tickets in the main upstairs lobby. A polished Nicole walked into our lobby with an entourage of mean looking girls. Shortly after I ripped their ticket stubs, there was this uncontrollable high-pitched laughter coming from Richie’s crew as they walked past her photo. I want to start shit and say that they were laughing at Paris, but the mean girls were clearly laughing at Nicole, judging from the mortified grin on her face. She either hissed at them to “Shut the fuck up,” or, “Shut the fuck up bitches!” I forget. I was still on detox status from doing too many drugs—but she seemed to be a good sport about the whole thing—EMBARRASSING! 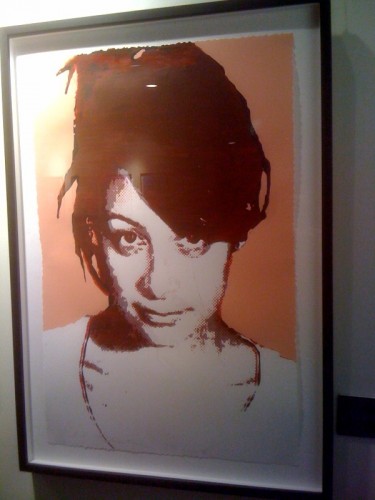 It’s gottah suck to be famous. I am so glad I never got arrested…but that’s only because I didn’t get caught…

GHOSTS OF WEST HOLLYWOOD STICKY BUT NOT AS SWEET