I was in my facebook page the other day purging all the endless puppies, prayers, candies, angels, hearts, smiles, and other random app crap that continues to pollute my profile, which people send me blindly and without much meaning, while they pass the time at their 9 to 5. They hope I like it and always want me to return a “smile”, but all these pesky “gifts” require all sorts of application downloads, and I just don’t have that kind of time.

Facebook likes to remind me when I neglect certain FB friends. There was a message in my home page telling me to visit my online bud Lee. “Why don’t you leave him a message,” the folks at Facebook suggested. So I did. I saw the thumbnail of Lee’s big pretty blues and decided to pop into his page: “Hi Lee!” I started. “Facebook tells me I’m neglecting you. So just popping by to say ‘hi’ to a cute guy. Hope you have a great weekend.” Then I signed it “Luv, Me.” It was short, but sweet.

I didn’t hear back from Lee. There was no rose, or lollipop app request or anything after I left him my comment. Instead I get a blunt private message from a total stranger:

“Thought you should know that Lee Grimes died about 3 weeks ago from a drug overdose.”

My bottom lip hit the floor.

I immediately dove into his profile. In the midst of countless careless invitations to a Pillow Fight and a Mafia War, there were comments offering condolences to his family from the people that truly knew him, or at least knew of his death. Wow…he’s really dead. I couldn’t believe it. I thought about Daniel, Lee’s boyfriend, who’s also on my list of my Facebook friends. I went into Daniel’s page to offer him a kind word—not that a kind word could break through the pain of such a loss. I immediately noticed that his main profile picture was of him and Lee sharing a tender kiss. It made me sad. I scrolled down to the comments on his wall and a sad romance unfolded.

Daniel’s comments were no longer coming from Daniel. His mother has taken over his Facebook account. The reason why his mother is leaving comments on Daniel’s behalf is because it turns out that Daniel took his own life four days after Lee’s death. His mother didn’t give too many details:

“Daniel found Lee dead on the morning of Dec 28th 2009. Lee died very suddenly probably from an aneurysm. Daniel tried in vain to revive Lee, then the paramedics tried for 30 minutes with Daniel rubbing Lee’s feet and screaming for him to come back to him. Daniel later died of a broken heart. He didn’t want to live without Lee, his friend and partner of seven years, his soulmate, his love and his everything. I am so devastated, in deep shock and grief…I feel like they have taken my heart with them.”

I didn’t really know them too well, but I think about any man rubbing his lover’s lifeless feet and begging for his return and there’s no app that can express the anguish. I read somewhere that suicide is a selfish and violent act against the people that love you. One can only wonder what drove these two guys to cut their life so short, leaving behind a trail of tears, questions…and a Facebook page full of useless “gifts”.

However these guys didn’t die in vain. Their story inspired me to call my mom and check in on my brother and sisters. I held my lover a little closer and I even kissed his feet. May the love of Lee and Daniel inspire those who knew them to love a little harder and live a little stronger, because life is so delicate and too damn short and this may be all there is. 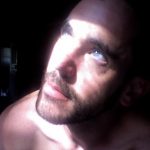 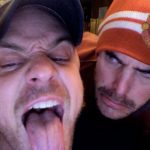