My ma had this saying that went to the tuneage of:

“If you want to know all your shortcomings, get married; people will dig up your dirt, talk about the people you’ve slept with, your financial situation and weigh in on how the wedding is a sham and how it will never last.”

“If you want to people to speak of your good qualities (long pause) … you need to die.”

I know you’re supposed to say that people are nice and people are good shortly after they pass, but being nice and a good person is something that was always said about West Hollywood socialite Patrick J. Vettraino–known to many as drag personality Lavonia Speaks– event producer, founder/CEO of Sassy, Inc. and promoter of WeHo’s Sassy Prom among other West Hollywood events.

Patrick lost to his battle with cancer this month and the loss is heavy and it’s sad and it’s felt by anyone who was touched by Patrick’s good nature, his sense of humor and his persistence to bring people together. Yep,  Patrick was a decent guy.  It’s a sentiment that surrounded him throughout  his living, breathing days.

He sure as hell  was nice to me during a tumultuous time when everyone else was being mean to me, because… well… my ass was being brutal to  everyone during my WeHo Queen of Mean, “Love Ya, Mean It” columnist days.

I’m no different than most people who look back at the life of Patrick J. Vettraino. He inspired, promoted, supported and encouraged me to keep on writing and he went out of his way to lift me up, no differently than he did everyone he encountered with no hidden agendas. It was all part of his nature.

Even though I was never in his inner day-to-day circle, we actually go way back. I dug up correspondence that dates back to the year 2000. He took my photo on the street during the Halloween Carnival when my ass paraded around town in a diaper. He actually developed the picture and took the time to send that photo to the newspaper I wrote for with a short note thanking me for participating in the carnival. I remember that note was written in stationary from the show Will & Grace (I’m pretty sure he worked there at the time), and that show was EVERYTHING in 2000, so that whole correspondence was way too cool for me, because it forced my editor to recognize in case there were any doubts. I took that photo and used it for my column without asking his permission and forgetting to give him photo credit, because I was a selfish bitch and he was way too kind. 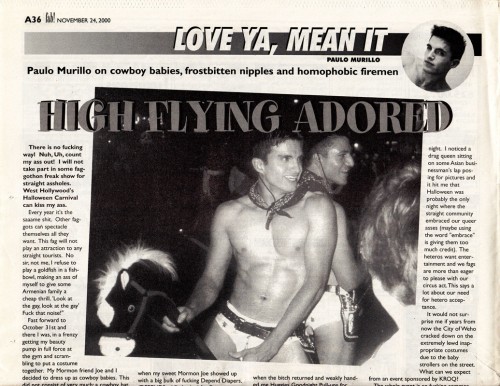 I didn’t meet Patrick in person till some time in the spring of 2004. We actually met on the beach in Miami of all places.  I remember the Cuban queens I was hanging out with had been nasty to me all weekend long because I wasn’t dark enough, my butt wasn’t big enough and they didn’t take too kindly to my being Mexican. Then along came this guy  and in front everyone said, “Aren’t you Paulo Murillo, the famous writer from Los Angeles. I am a huge fan of your writing…” Those Cuban bitches fell back and got sand in their bunched-up barely there Speedos after some random stranger recognized me from LA. That was Patrick. He never hesitated to give you props.

He was always involved in the gay community and was always cooking up some scheme to get people together. In 2005, he asked me to be part of a portfolio called Icons of Los Angeles for an event at Here Lounge, which was too damn generous. Again, his timing was perfect. It forced the haters to step back and again it reaffirmed my position in the newspaper I wrote for, where I was always getting into a shitload of trouble.

Patrick never criticized me. He never told me to stop doing what I was doing. He never said that I went too far, and he actually inspired me to quit my 9 to 5 job in 2007 and go for pro (or for broke), doing what I needed to do so that my day was open to write. He was horrified when I told him this many years later; he had no idea what he said that would possess me to do such a thing, even though I don’t think of him as ever conforming to a steady 9-5, yet he always managed to make ends meet.

He was game for anything. I remember the time I was writing about Harvey Milk Day in West Hollywood. The city was holding a photo project where WeHo residents held up signs with pulled quotes from Milk’s most famous speeches. Patrick was minding his own business, walking through WeHo park, when I hit him up to pose with a Milk sign and I asked him to give me a a quote for my WeHo Hot Topic Column in Frontiers Magazine during my more respectable (if not my most boring) days. The sign he chose was classic Patrick. 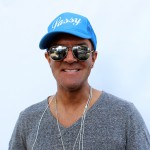 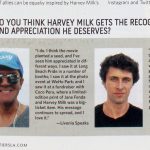 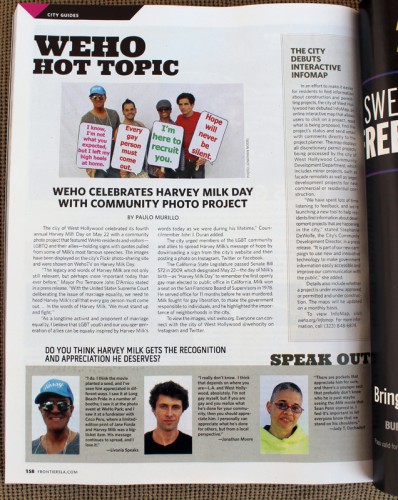 That’s how I think of him. That’s how I remember him. He was always there. He was always around, whether it was across the country in Miami, or on any random street in West Hollywood. I always expect to see him. There was always a comment on a photo on Facebook, there was always an invitation to an event—oh yeah, he was also a hardcore Madonna fan like yours truly. I still have some of the M goodies he passed my way whenever he hosted a record release party throughout the years.

I followed the updates on his cancer treatment. I took part in a video of all his friends wishing him well and I spoke to him about us reuniting again in the streets of West Hollywood…

Cancer sucks ass. The guy never smoked, he didn’t drink and he never did drugs. They say only the good die young,  so that must be it. It’s the only way losing Patrick at age 43 makes any sense.

I’m really going to miss my good friend Patrick J Vatriano a.k.a. Lavonia Speaks a.k.a. Trish to those who were super close to him.  He was an all around nice guy and truly one of a kind.

May he rest in peace. Until will meet again. 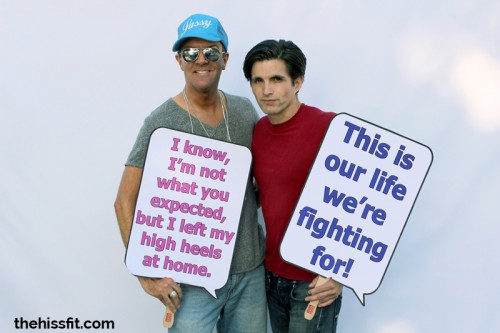