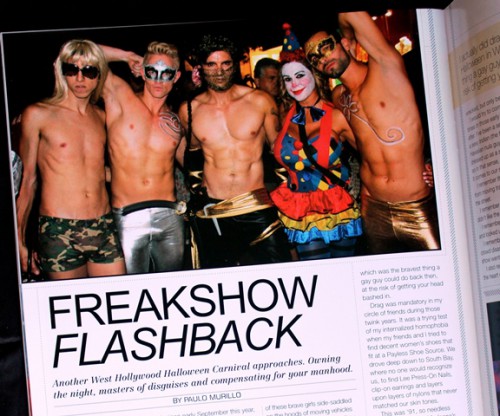 How many of you remember the West Hollywood Halloween Carnival before it became the over the over-the-top carny you see today?

I got a tiny taste of what–once was–waaayyy back in the day when Halloween in WeHo was a very gay and very intimate affair.

I wrote this little ditty for THE FIGHT magazine that revisits those early Halloween years.  Technically, I should have submitted a photo of myself doing my take on drag, cuz that’s how the shit went down in those early beginnings, but my ass is not going down like that–specially not in print media (sorrows). 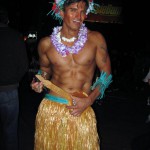 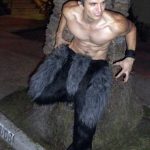 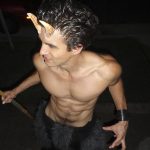 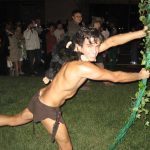 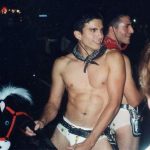 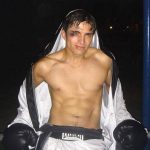 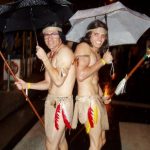 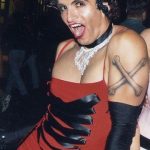 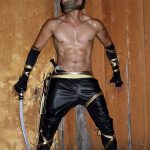 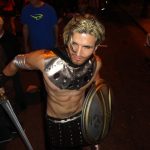 Another West Hollywood Halloween Carnival approaches. Owning the night, masters of disguises and compensating for your manhood.

Halloween has been in the air since early September this year, and I can't help but reflect to some crazy times and remember some elaborate costumes that date back to when I first started attending West Hollywood's Halloween Carnival during my twink years in 1991. This was back in the early stages of what would become one the largest Halloween Carnivals in the world.

The WeHo Halloween Carnival started in 1987, but the carnival in the early 90s, when I started attending, was nothing like the large scale block party that one experiences today with street closures, open dance floors, live concert performances, corn on the cob vending trucks, and port-a-potties lining the streets to accommodate the migration of thousands of straight, gay, male, female, young and old from all nationalities"”all smashed together, shoulder-to-shoulder in the mosh pit of WeHo's Boystown on Halloween night.

But make no mistake darrrlinks; we gays owned Halloween night in West Hollywood"¦umm, back in the day. We've always been natural masters of disguises. The way I remember it, it was a full-blown gay affair. Drag queens took a break from turning tricks to walk up and down Santa Monica Boulevard from San Vicente to Robertson, with no real purpose other than to seek attention and disrupt the moving traffic. It was common to catch the flash of sparkly sequins and a wig fly by, because some of these brave girls side-saddled on the hoods of moving vehicles and went for a short ride like they were on a royal coach in a parade. Sometimes you would see a limp clump of synthetic hair get tossed into the night sky after a drag queen fell and ate shit on the side of the road.

It was a freak show, but it was our freak show, no differently than the Halloween carnivals that sprouted in gay ghettos all over the nation"”be it at the Castro in San Francisco, South Beach in Miami, or the giant Halloween Carnival they have today at the West Village in New York.

And speaking of eating shit"¦ I actually did drag for the first time at my first Halloween in WeHo, which was the bravest thing a gay guy could do back then, at the risk of getting your head bashed in.

Drag was mandatory in my circle of friends during those twink years. It was a trying test of my internalized homophobia when my friends and I tried to find decent women's shoes that fit at a Payless Shoe Source. We drove deep down to South Bay, where no one would recognize us, to find Lee Press-On Nails, clip-on earrings and layers upon layers of nylons that never matched our skin tones.

This was "˜91, so needless to say, I channeled Madonna's Vogue video with a pair of giant boobs under a lacy black top and I took my sister's black mini skirt without asking. Unfortunately, I still lived at home, so the eyebrows could not get plucked, the legs could not be waxed, which didn't work too well for me as a girl. I thought I looked okay when we stepped onto Santa Monica Boulevard that night. A guy called me Pretty Woman when he passed me. Another guy felt my booty, he was nasty. And then a snarky bitch said I looked like Sandra Bernhard, and I was wrecked, but only because I knew he was speaking some truth.

I remember the first time they blocked Santa Monica Boulevard from moving traffic in the mid-90s to allow the costumes to spill onto the street.

I remember the first time I was called a faggot by some guy who didn't like the sight of me in a fish tail.

I remember the first time I looked down and saw a baby stroller and looked up and saw a child riding over his dad's shoulders.

I remember the first time I thought I was going to die in a human crowd disaster when the bodies were neck to neck. I remember the show went on shortly after 9/11.

I also remember the first time I witnessed a chola street fight in the heart of WeHo. And how can we forget last year, when a man died a fiery death while people in the crowd took pictures and cheered him on?

I also remember a lot of good times. I have friends that I only see on Halloween, for Halloween. I remember laughing at the guy who dressed up as a piÃ±ata that threw candy up in the air whenever his friend whacked him with a stick. I remember the parade of half-naked sexy men and we can always look forward to a long list of creative, over-the-top and super fabulous costumes.

They said throw a block party and they will come. And people came. The more elaborate costumes we churned out year after year, the more Japanese men packed their expensive camera equipment to take photos of the gays at their creative best. In 2001, the crowds reached 350,000 people in size. Today we can expect up to 500,000 people in West Hollywood on Hallows Eve.

So here we have yet another West Hollywood Halloween Carnival upon us. I don't know if I'm dressing up this year. My partner tells me they revoke your Halloween card when you reach 40. I've been operating on an expired license these past two years, so what's one more year of doing something sexy, right?

Half a million people are expected in WeHo on October 31. It's great having gay, straight, black, brown, white, men, women, tops, bottoms, all in one place, looking for a good time. We have proven that we really can get along, at least for one night. A part of me misses the smaller gathering of a gay fabulous freak show in the heart of a gay city when everyone was gay, gay, gay, but regardless of its massive size and annoying crowds, I will always, always love the West Hollywood Halloween Carnival.