THROWBACK THURSDAY TO THE DEATH OF AMY WINEHOUSE 3 YEARS AGO 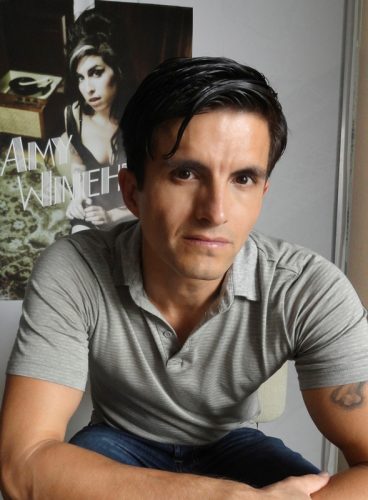 I can’t believe it’s been over a month since I last posted on this here Hiss Fit.

I also can’t believe it’s been three years since singer Amy Winehouse passed away.   I wrote the article below, which was published in the X-Meth section of Frontiers Magazine (uh, that would be the old Frontiers mag–not to be confused with the new one).

Anyway, it’s kerazy busy up in here, so I figured this would be worth a re-post in remembrance of Amy’s death.

My ass was in rehab when Amy Winehouse's "Rehab"  song came out in 2007.   She gave the world her middle finger with a defiant no-no-no to recovery, while I had surrendered to a suffocating "OK. Fine. Yes."

Rehab seemed to be all the rage in "˜07.    It was the year that a bald Britney Spears went bonkers before checking herself into a recovery facility.    There were the news caps of Paris and Lindsay partying their panties off (literally) before being busted under the influence and then whisked away to a fancy dry house in Malibu.    It was also the same year that Anna Nicole Smith died from an accidental drug overdose. And it all went down while I was in The House.

We weren't allowed to listen to music in rehab.   Music got us into our crazy heads when we needed to be in the present moment for those miserable  first steps of recovery.   However, we still got snippets of current music from passing cars, grocery stores and so forth.    Of course, the "Rehab" song did not go unnoticed with its annoying message about how they tried to make her go to rehab, but she won't go-go-go, which felt like a twisted joke for those of us on the mend.

I hated the song.    And it wasn't  until I transitioned from The House that my friend gave me a burned copy of Amy's Back to Black CD.   I was shocked to find the "Rehab" song in that collection, which I always thought was sung by a black man with a big voice, and not some scrawny  British chick.    I fell in love with that album.    It was like a using dream.    I understood this woman's journey.    Hers were the sort of songs I would play after coming down from a mean run.   The power of her voice  was from another time and her lyrics were too close to home with their dark themes about drinking, drugging, loving, sexing, cheating, fuck me pumps and being no damn  good.   You had to live it to truly appreciate the value of her art and the emotion in her scratchy voice.   She was raw and edgy and rough and messy and brilliantly talented.    And she broke my heart.

She was one of us without a doubt"¦just another alcoholic/addict in the grips of a continuing and progressive illness whose ends are always the same: jails, institutions or death.    It's so sad Amy met the latter fate.   I guess no big shocker for most.   And yet, it’s still so heart wrenching to lose somebody young and talented to the disease  that is  addiction.

The twisted joke inevitably gets turned on her.    If Karen Carpenter had eaten that damn  sandwich, she and Mama Cass would still be alive today"”And if Amy H. had only said, "Yes-yes-yes…"

For the addict/alcoholic who still suffers, we offer you a moment of silence.    Maybe/hopefully Amy Winehouse didn't die in vain.

THROWBACK TO LA PRIDE CIRCA THE EARLY YEARS PrEP TALK