The White Party Tea Dance pretty much concluded my White Party weekend, because by the time that Sunday morning rolled around, my ass and face had completely collapsed.  I was WRECKED!   Lack of sleep, being sick and being exposed to the elements of the hot desert sun had taken its toll.   My Palm Springs companions Stanford and Paul didn’t put up a fight when I suggested we skip the Sunday morning pool party.   I felt like complete, total and utter SHIT and I was drink and drug free, so I could not even imagine what would wash up by the pool after all the debauchery from White Party and After Party the previous night.   I imagine it couldn’t be too pretty. 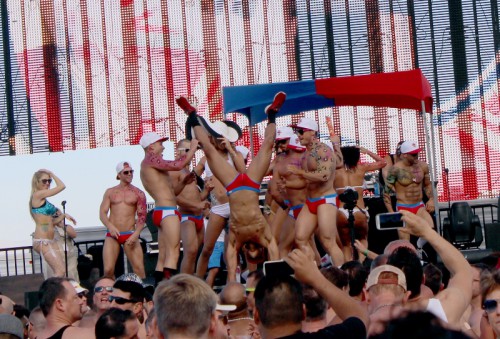 As I mentioned before, I’ve had my share of White Party experiences, but I didn’t always make it to the Tea Dance, because I’d either get into a fight with my tweaker friends and go home early, I’d be Regretta Jones–too sick from a crash and burn after some harsh partying, and then there was that one time when I was Trajica Jenkins, nursing a K-Hole, but let’s not get into all that.  It was never cute the Sunday after WP.

I’m glad we skipped the Sunday pool party, because by the time we reached the Tea Dance, I felt somewhat refreshed.  The drive up to the carnival was quite the spectacle.  They offered two Ferris Wheels this year, so it all looked colorful and crazy fun from the outside looking in.  Guys walked around in their underwear out on the open streets near the carnival, which only added to the circus element of it all–we would have gotten a beating for that kind of display back in the early White Party dayz.

This year’s Tea Dance was sponsored by the Abbey, the so there was a good supply of G0-Go dancers, both male and female.  It was festive and lively, even though the T on the music is that it kinda/sorta sucked–at least for the time that we were there.  We tried to get into it, but it was all top-40 crap.  Everyone else seemed to dig it.  People were jamming to dance mixes of songs by Lorde.  I was like, “Whaaattt?”  Then the DJ played an Erasure song and I’m sorry, but we had to go.   We didn’t stick around for the musical performances and we totally missed the fireworks display–not out of spite, but seriously out sheer exhaustion.

We barely scratched the surface of Jeffrye Sanker’s Annual White Party, which brought in a crowd of over 30,000 attendees to eight parties in a span of 72 hours.  The silver anniversary celebration had the largest turnout in White Party history. 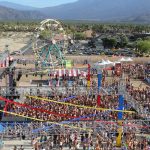 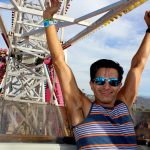 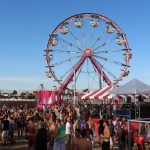 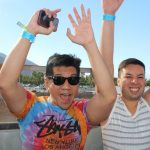 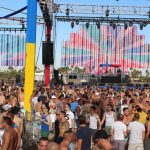 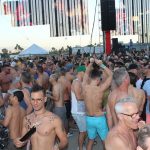 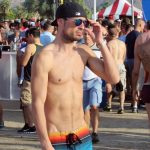 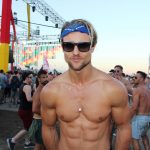 I seriously  walked away from that experience feeling a little older, and not giving a high flying fuck.   I was also overwhelmed with gratitude for the tools I’ve learned in recovery, for the people in my support group who checked up on me periodically throughout the weekend and for having the faith that no matter what happened that weekend, I knew I would be taken care of and that I would be OK.

On a side note: I’d gotten a lot of great feedback for the previous 2 WP blogs I posted this week.  I firmly believe we can do whatever the hell we want in sobriety, if we’re willing to put in the work, use our tools and set ourselves up to make the right choices.  I’m not so sure that I would have been able to do White Party in my early recovery–I’m talking about as early as a year ago, and you won’t see me become some circuit queen hitting up the next big circuit event after this weekend, because it’s not really my scene anymore, but I’m glad I hit up this year’s White Party for its 25th Anniversary.  I’m SOOOooo grateful that I was able to do it completely clean and sober.

Oh yeah, and as far as my fellow sober haters go–you know, the ones who took my inventory and said that my sobriety is dreary, I’m ego driven, I’m spiritually bankrupt, I have no sense of propriety, I’m walking a slippery slope, and yadda-yadda, in response to my White Party blogs.

All I can say in return is…ABSOLUTELY NOTHING (they’re not reading this, so who cares?).

ALL DECKED IN WHITE LET’S TALK ABOUT SEX, METH & GHB