What I find most shocking about someone from Duck Dynasty being homophobic, is that everyone is so damn shocked that someone from Duck Dynasty is homophobic.  The show is about a bunch of backwards backwoods hicks who strike it rich by inventing a duck call for fuck’s sake.  The foundation of the show’s popularity is deeply seeded in the ignorance of a clan of cute (acting) rednecks who like to shoot things and eat furry forest creatures like squirrels and beavers and chipmunks and junk.  Homophobia is so obviously in the duck pudding.  Why wouldn’t it be?

"It seems like, to me, a vagina — as a man — would be more desirable than a man's anus.  That's just me. I'm just thinking: There's more there! She's got more to offer. I mean, come on, dudes! You know what I'm saying? But hey, sin: It's not logical, my man. It's just not logical.

Everything is blurred on what's right and what's wrong. Sin becomes fine.  Start with homosexual behavior and just morph out from there. Bestiality, sleeping around with this woman and that woman and that woman and those men. Don't be deceived. Neither the adulterers, the idolaters, the male prostitutes, the homosexual offenders, the greedy, the drunkards, the slanderers, the swindlers — they won't inherit the kingdom of God. Don't deceive yourself. It's not right."

This show is also supposed to be a reality TV show.  A camera invades redneck country and follows this family around and documents the lives of rich unattractive hairy people who look and act like poor people.  Fun!!!  And funny!!!  Right???

The A&E cable channel put patriarch Phil Robertson, 67, on “indefinite” hiatus from filming after his anti-gay remarks.  The public never gets to see the reality of a contract in these fake ass reality shows.  The fact that you can make a family member disappear from a family portrait, shows just how much it lacks in anything resembling something “real.”

And now the family is holding the show hostage.  They released a statement stating that they will not allow their lives to be filmed without the inclusion of papa Phil, to which I say good riddance to bad rubbish.

The sad part about this whole nonsense is that Robertson plainly and simply expressed the way a lot of people think, so he’ll be deemed a fighter for freedom of speech even though he was not been arrested or beat upside the head for saying the hateful things that he said.

What sucks most about this whole twisted nonsense, is how right wing, homophobic and media hungry assholes like Sarah Palin are on Ebay right now looking for a “Buy it Now” Duck Dynasty T-shirt and prepping for their close-up on Fox News. 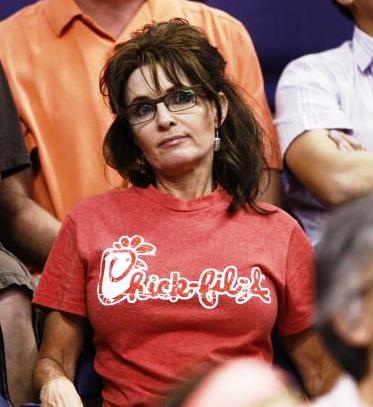 Me: What do you think about all that Duck Dynasty bullshit where that guy said all those homophobic remarks.

Friend: I think it’s Much Ado About Nothing.  He should be able to say whatever he wants.

Me: Even if his remarks flare hatred toward gays?

Friend: It’s his freedom of speech.

Me: So you think people should be allowed to use the “N” word as freely as they want?