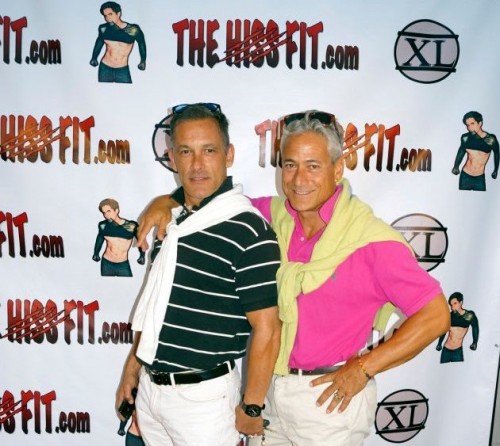 Greg Louganis and Johnny Chiallot tied the knot last night, October 12, 2013 at Geoffrey’s in Malibu California and I WAS THERE to witness their love in their official union before family and friends … and some press.

There wasn’t a dry eye on the house when four smiling Chiallot sisters walked their brother down the isle.  Olympics diving coach Ron O’Brien was there to walk Louganis to the altar as well.   And their little dog Dobby was all done up with a bow tie to present the grooms with their wedding rings. 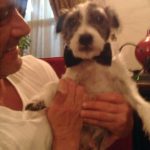 Cameras or camera phones were not allowed at the wedding, but everyone was taking pictures, mostly of themselves.  It was impossible to Tweet or Facebook, since there was zero phone service at the venue.  For the most part, the guests were respectful not to take photos of the newly wedded couple.  The celebrity guest list included Barbara Eden of I Dream of Genie who looked beautiful; French Stewart, Bruce Vilanch and Dawn Lewis (of the show A Different World) sang for us as well as Dominic Scott Kay, recent contestant in The Voice.  We also had Olympians Janet Evans and the one and only Nadia Comaneci was there with her gymnast husband Bart Conner.  Nadia looked simply AMAAAAZING!!!

It was seriously a beautiful reception and sooo romantic.  Everyone seemed genuinely happy to be there and happy for the newly wedded couple.  It was interesting figuring out how people were connected.  Johnny has been my mentor of sorts for the past year or so and he’s very close friends with my partner, so that’s how we met Greg.  The photo you see above was taken at my birthday party last year when the couple were somewhat newly dating.  It was an 80’s themed party, so my friends were tripping out when they saw Greg Louganis walking my red carpet.  Greg has been a good sport.  He even granted me an interview, which put him on the cover of THE FIGHT magazine (you can read the article here) 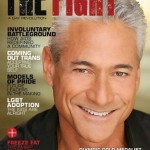 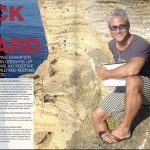 As I mentioned before, photos were not allowed at the reception, which had me squirming in my seat, cuz I love to take a perdy picture.  I could NOT resist however, when I found my name at our table.  I pulled out my dead iPhone to get a quick pic of my miss-printed name.  One could not help but notice that I was given the last name Chase, which felt like a total elbow nudge to get my partner and me to tie the knot.  It was like catching the bride’s bouquet and not knowing what to do with it … 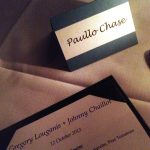 Our table was not far from the grooms.  Our spot overlooked the ocean.  It was a clear night.  You could hear the waves crashing below.  We were served a light salad to start; I had the Angus filet Mignon and we toasted with apple cider.  There was a special presentation for Mending Kids International, a charity that’s in their wedding registry, which provides life-changing surgical care to children worldwide that include corrective, transformational surgeries that correct congenital heart defects, orthopedic abnormalities, severe scoliosis and significant cranial facial deformities that give children a chance at longer, healthier and happier lives (for more information or to make a donation visit  http://www.mendingkids.org/).

Check out exclusive photos of husband and husband in People Magazine’s  people.com.