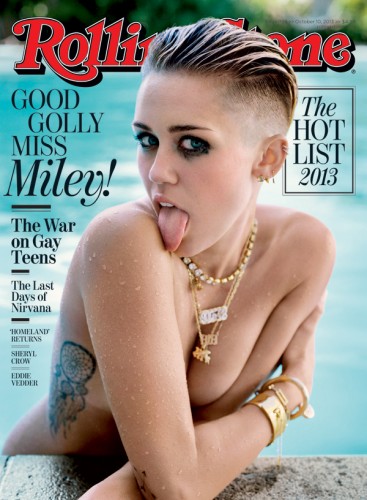 Seeing fake-ass pampered little rich bitches walking around with tattoos that resemble prison inkage, even though the most trouble they’ve ever gotten into is something petty like getting a speeding ticket or beating up their girlfriend, and seeing them act like they’re down and hearing them carry on with street lingo like they come from the hood, when the only street cred to their name is the entourage of hoodlums they lug around with them for paparazzo photo ops to grasp at some form of ghetto edge … that’s just annoying to me to say the least.

I’m talkin’ about dumb twats like Chris Brown who grew up singing in a church choir and got his big break at age 13, but talks like he’s some hustler who had to make drug deals to get a meal and whose claim to fame will always be connected to the punches he swung at a young woman half his size.  I’m talkin’ about that stewpid Tiny Tot Justin Bieber who acts like he’s out to beat someone’s ass with five ginormous bouncers standing behind him (blame Canada).  And I guess Miley Cyrus falls in line with some of these sheltered celebrity twits who pretend to be hard and throwing down with the … umm … “homies.” 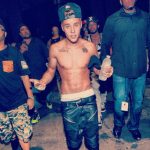 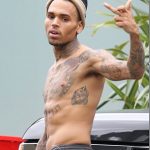 It’s no secret that I’ve been fascinated by Miley ever since she pretended to eat ass on the VMA’s stage last month—OK, so I was really more fascinated by the way America lost its shit when people witnessed Miley C pretend to toss some on cable TV.

Everyone said her career was OVER the morning after, but I was quick to disagreed (in case you missed it thehissfit-August262013)   .   It’s no surprise to me that it’s good to be Miss Miley right now; her music is pushing more units, people can’t wait to see what she will do on Saturday Night Live in a few weeks and she’s now gracing the cover of Rolling Stone Magazine for their Hot List 2013 issue—everyone wants a piece of Miley Cyrus.  NO SURPRISE!!!  Pretending to eat butt is the best thing she ever did for herself.  I became an instant fan and was THIS close to purchasing some of her music just out of spite for every prudish bitch out there who had the nerve to judge her for doing her thing and daring to twerk, all bony white girl style.

Then I read the “Good Golly Miss Miley” article in the most recent issue of Rolling Stone and I broke a spiky stiletto heel and my ass fell through that black abysmal generational gap (the last time I read RS was in 2009 when Madonna graced the cover, btw).  Reading quotes where she goes “yo” and talks about her “homies” and how she likes to kick it at the “crib” gave me a severe case of buttcurl.  Then she dropped names like Kanye West (he gives her fashion tips), Lil’ Kim (she calls her Pumpkin) and Pharrell (they’re texting buddies) and then points out how they are her “homies” and the buttcurl becomes that much tighter.

“It’s 2013,” she says in the article.  “The gays are getting married, we’re all collaborating. Times are changing. I think there’s a generation or two left, and then it’s gonna be a whole new world.”

I’m forced to wonder if that new world is going to be more “urban”–whatever that will mean three generations later.

White kids acting like black kids is hardly a new phenomenon.  It takes me back to growing up in Inglewood where black and brown students outnumbered the white ones, so you had white guys acting like cholos and gave themselves names like Payaso, Caspar or Guero to play on their whiteness, and you had the other white guys who dressed in double XL and walked around like Flaver Flav with thick fake-ass gold chains–never missing an episode of MTV Raps.  and talkin about “Yo-yo-yo!”

Miley admits it doesn’t get more white-girl than Miley, but she wants to be down.  She wants to be badass so badly that she’s willing to get a tattoo at the bottom of her feet that reads Rolling on one foot and $tone on the other, specifically for the Rolling Stone article.  And when that doesn’t seem edgy enough, she jumps out of a plane to make the article more … down for the homies.

Down as she claims to be, there’s the inevitable retraction:

“Miley isn’t bothered by people who called her performance a disaster. ‘I wasn’t trying to be sexy,’ she says. ‘If I was trying to be sexy, I could have been sexy. I can dance a lot better than I was dancing.’ She knows sticking her tongue out isn’t hot and that those weird stubby pigtails aren’t flattering (‘I look like a little creature’). And she even knows it’s ridiculous for her to twerk. ‘People are like, ‘Miley thinks she’s a black girl, but she’s got the flattest ass ever,’ she says. ‘I’m like, I’m 108 pounds! I know! Now people expect me to come out and twerk with my tongue out all the time. I’ll probably never do that shit again.'”

I’m hardly one to tell a person how to act, but acting black when you look as white as Miley or The Biebs and acting like a thug when Choir Boy is in your resume, doesn’t make you look down.  It just makes you look stewpid.

And when I say stewpid, I mean stupid, stupid; not stoopid, stupid.