MARIO LOPEZ VS. BURT REYNOLDS IN THE NUDE!!! 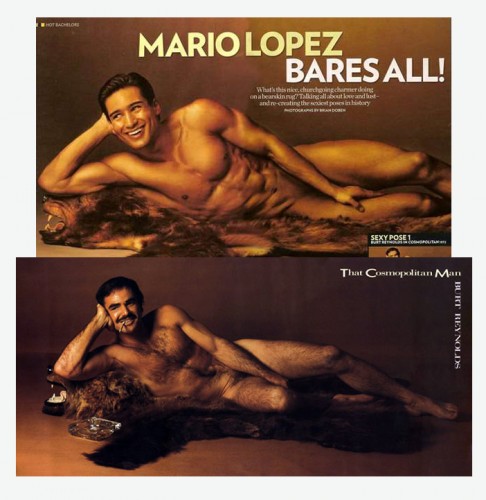 Mario Lopez recently struck a famous Burt Reynolds pose on a bear skin rug for People magazine with the sensational headline that reads: Mario Bares All … which is a bold faced lie.  “All” means the whole amount, quantity or extent.  Mario only bared some and completely tweaked most in this poor imitation of a modern man.  How naked is naked if all your imperfections have been air brushed and lit and bloated and puckered and blurred to perfection?  It’s not very naked if you ask me.

Comparisons are inevitable.  I find the classic photo of a hairy Burt put next to the image of waxed and perfectly plucked Mario L. very interesting.  One image gives you a sex symbol–a grown man representing timeless masculinity; the other image gives you a perfectly timed picture of an ageless man-boy.  One would be considered fat by today’s standard; however, the other has been castrated on the Photoshop table, removing all traces of pubes, lines or folds in the groin area that would suggest he has any male parts whatsoever. 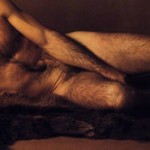 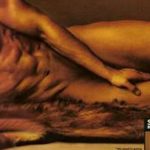 Simply put, one guy looks real.  And the other guy looks fake.