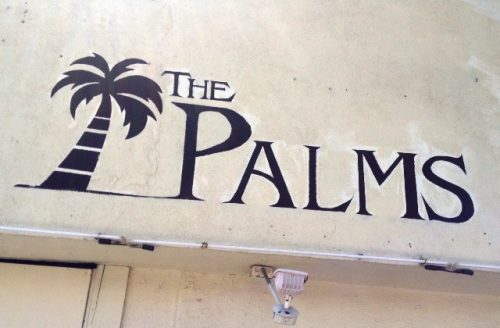 I can’t believe West Hollywood Leslie bar The Palms is closing (that’s Leslie for lesbian btw)!  Then again, I can’t BELIEVE a lesbian bar has managed to keep its doors open for over 40 years in the better half of West Hollywood!

According to wehoville.com, West Hollywood’s only lesbian bar will officially close June 9, after this year’s pride parade and festival.  The Palms will take its place in WeHo Heaven alongside Little Frida’s Coffee Shop, The Athletic Club, The Silver Spoon, The Yukon Mining Co., Don’t Panic, A Different Light Book Store (ooh, I’m sooo dating myself right now), The Bodhi Tree, and the recently deceased Lemon Tree Bungalow gift shop to name only a few dearly departed businesses that have been sucked into the deepest nether regions of the WeHo Bermuda Triangle.  These businesses may be gone, but they are not forgotten.

I walk past The Palms on a daily basis.  If there’s any truth to the joke that lesbians meet and move in together the following day, then chances are they met at The Palms.  And clearly they stop going to the Palms after they shack up, SOOoo we’re back to The Palms being demolished.

It’s too bad the structure has no architectural value.  It’s just a box perched on the edge, staring into an empty field where the Athletic Club gym once stood with a shadow of the dreaded ball and chain looming over its head for too many years.  I think about the history.  I also think about the lesbian drama this place has witnessed over the past many decades and I can’t help but picture mullets flying while fists are swinging, because isn’t that what lesbians do for fun? They punch a bitch?

Believe it or not, I have my own fond memories of The Palms.  I wised up to the fact that the bar was always empty, which meant there was little to no competition (not that I couldn’t compete mind you), the drinks were hard and the music was soft, so it was the perfect place to take guys on dates.  My living around the block didn’t hurt matters much.  Guys would be like, “You’re taking me to a lesbian bar!?”  I would be like “Trussst me …”  It made for some intimate moments.  My ass was on a roll until the bartender started giving me knowing looks when she started recognizing me, but not recognizing the faces that joined me in some far off corner of the bar.  I tipped that bitch generously.  It was our unspoken understanding of some hush money.

I do hope The Palms goes out with a big bang.  I hope lesbians everywhere show up at Pride to pay their final respects before the place get demolished.  It’s always sad to see a tiny chunk of history get chipped off the old WeHo block. 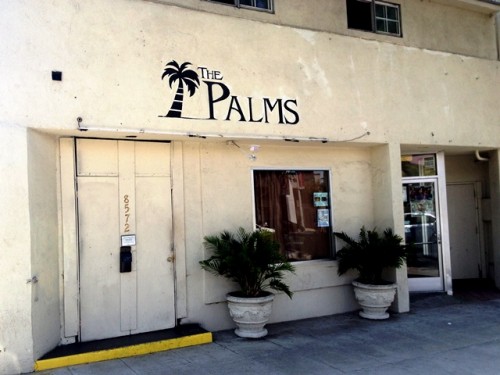 I guess goodbye The Palms Bar.