PLAYING WITH FIRE CAN BURN 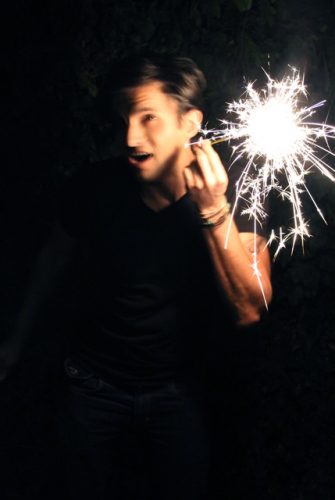 I reckon it comes as no kind of shocking surprise to most people who know me when I tell ’em that I loved to play with fire when I was a kid.  I’m talkin’ about some pyromaniac shenanigans that did not serve me too well in my little boy life.  Simply put, I liked watching things burn.  My mind’s eye could turn any fire–be it in a bar-b-q pit, burning wood in a fireplace or a burning torch into some fiery inferno movie where people screamed and ran for their lives.

Of course, it was only a matter of time before I found myself burning things.  I loved watching the little heads in a matchbook explode one-by-one.  I used to draw an evil looking woman tied to a stake and then set that piece of paper on fire—“Burn the witch!” I would chant like I saw on TV.  Some of my Gi-Joe action figures also met a fiery death during battle.  I know.  I was a twisted little fucker.

And speaking of twisted fuckery … I remember I loved the smell of burnt hair.  I can’t stand that shit now, but I must confess I had this unnatural fascination when I was little.  I remember accidentally burning my arm hairs over the stove.  Watching those little blond baby hairs curl into a brown crisp really did it for me.  Then there was that nasty smell that gave me a sickening thrill — SOOooo you can only imagine my mother’s HORROR when she caught me holding a lighter up to my bangs in the backyard one day.  She saw the tips of my bangs disintegrate and she let out a piercing scream.  I got an epic beating that time.  The woman came at me like she was putting out a flame with her open hands.  Me lighting my bangs on fire is kinda funny; I would be sooo royally PISSED if my bangs went up in flames today.

And when I wasn’t playing with fire, I was accidentally setting off some fire alarms.  I remember jamming a pencil and flipping a switch at school.  I made a run for it when that alarm started ringing and I saw the classes clearing out into the playground in an organized line (gulp).  Then there was the time when a bunch of kids and I set off the alarms in the basement of this Baptist church we used to go to by La Tijera and Manchester Blvd.  The magnetic doors automatically closed and we were trapped inside the basement.  The kids from Inglewood were not invited back into that little church after this little incident (gulp). 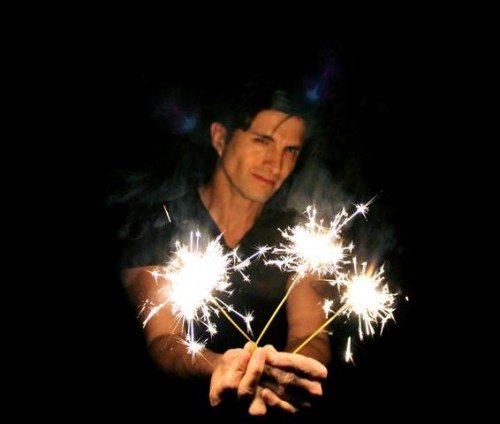 Then one day I almost burned the house down.

OK, so I didn’t actually set the house on fire.  I more like set the storage shed in the backyard on fire, and that fire was so large that it licked the side of the our house and it also burned a corner of the neighbor’s house next door.  Yup … I was one of those kids.

So trip out on this shieeettt.  It all started with a kewt little cat named Princess.  She was one of those yellow cats with white tiger stripes that we inherited from one of our neighbors.  Princess was exactly that–a princess.  I fucking loved that cat and that cat seemed to love me, or at least she loved this fuzzy grey velour shirt that I owned.  She would rub up against that shirt like it was catnip and just purr and purr.  Princess loved to hide out in in the shed.  We called the shed our clubhouse, because it was kind of shaped like an outhouse in the middle of the backyard with two walk-in storage compartments the sizes of closets.  They even had working electricity.  One space had a side window, and the other space could be pitch black when you closed the door, which was handy when you wanted to throw your little brother or sisters inside to torture them (I’m the oldest of 5 kids, 1 brother and 3 sisters).

I played with fire a lot around that time.  I used to light candles and make them dance around, pretending that the flame was a funky hairdo.  Then I decided to turn Princes into a Queen with her own thrown and altar.  I remember stuffing Princess inside a birdcage (I know … just roll with this …).  The only way I could keep her inside that birdcage was by laying out my velour shirt so that she could snuggle and purr.  OK, so long story short, I lit a bunch of birthday candles all around the birdcage so that Princess wouldn’t get scared or get cold  while she slept.  Then I closed the door and moved on to other things.

I will never forget it; I was eating a mango on the kitchen table when I heard somebody pounding on our backdoor — It was the man next door shouting like crazy.  We called him “El Pelon.”  He was this mean old, pasty bald-headed man who clearly came from the olden dayz of spics and spooks—“Shut the hell up!” He would shout from his bedroom window to our bedroom window when we kids got rowdy at night.

This time he was screaming, “YOUR HOUSE IS ON FIRE!!!”

I rushed outside, and I swear to you, I had a Matrix moment before there was such a thing as a Matrix moment–the scenery just spun all around me.  I remember the giant black smoke coming out of our little clubhouse and my knees buckled.  Pretty soon the neighbors were shouting at each other and trying to connect a bunch of hoses to contain the fire.  My mother was taking a nap when she was shaken awake by the shouting.  El Pelon kicked the door open to the shed and started spraying inside.  Then I heard the sirens from the fire trucks and I wanted to make a run for it.  At some point I remembered my poor cat—“PRINCESS!!!”  I screamed.  I must’ve lunged forward, cuz I remember my mom grabbing me by the shoulder to hold me back.  To this day, I don’t know how Princess managed to undo the latch on that birdcage, but that cat somehow escaped this tiny inferno.  She was sopping wet when I saw her make a dizzy dash out of the black smoke.

My siblings were bawling when big firemen rushed past us into our backyard.  My poor mother was like a frantic hen counting her chicks.  We huddled in the neighbor’s front yard.  Of course she came directly to me and asked me point blank, “Tell me the truth.  I’m not going to hit you.  Did you do this?  Were you playing with fire.”  I tried to muster some form of innocence when I shook my head no, but I was guilt-ridden.  She gave me “the look” (we all know that look) and of course, I cracked and I was like “Whaaah!”  I confessed.  After getting me to tell the truth, she then told me to straight up lie.  Not a word about the matches and the candles to the firemen–I’m guessing for insurance purposes–and not a word to our father, who came home from work to find a pile of burnt rubble where the shed once stood (my siblings never betrayed me, and it wasn’t till about 20 years later that my mother accidentally let it out that I had set the shed on fire while she was talking to a friend within my dad’s earshot.  He gave her a look of disbelief).

I didn’t get whupped for that fire.  I wish I had been and gotten over it.  Instead, I was scolded constantly throughout my early life, “I could’ve been burned in my sleep,” my mother reminded me whenever I got into trouble.

The whole thing was ruled as an electrical fire.  El Pelon accidentally hosed away the evidence of my crime.  Then there was the matter of my poor Princess.  She walked away from that fire with no whiskers and she was missing patches of fur where the flames gave her a good licking, but nothing serious.  Still, the little bitch ran away shortly after, never to be seen again, which filled me with so much anguish and guilt.  It was an accident.  I SWEAR IT!!!

That was a hard lesson learned.  Fire can really burn.

I never played with fire again. 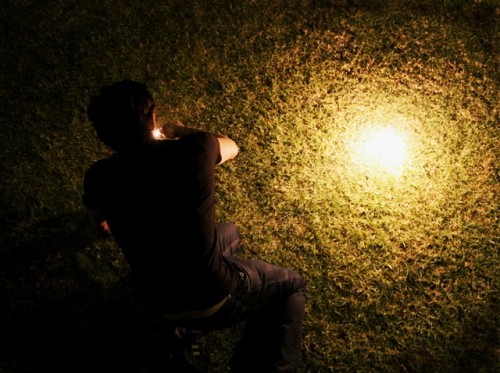