VOICES ON POINT FOR POINT FOUNDATION 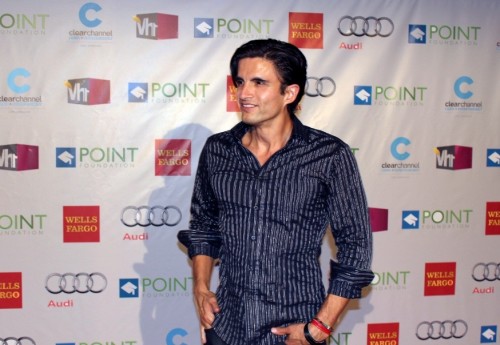 I recently took my new Cannon Rebel TSi for a test run to a Point Foundation fundraiser dinner and concert at the gorgeous Wiltern Theater in Los Angeles.  The Point Foundation awards scholarships to LGBTQ students who are pursuit of higher education, but lack the funds to do so because they don’t have familial or institutional support.

“Voices on Point” delivered a celebrity roster that included rapper/singer/actress Queen Latifa (“U.N.I.T.Y. Who callin’ a bitch?”),  Lance Bass of N’SYNC, Hal Sparks of Queer as Folks, Robin Thicke of Allan Thicke, and singer Mark Ballas, who gave you vintage Justin Timberlake right down to beat-boxing and the chain hanging from his trousers—only I must admit, super talented with the guitar.  My guy was super excited to meet Broadway baby Ellen Green of the original Little Shop of Horrors.  And there were other celebrities like Judith Light, the Who’s the Boss lady, who has also done a shit load of Broadway and is known for the shows, Ugly Betty and Law & Order: SVU.  We ran into Judith on the parking lot.  “So good to see you,” she told me when she shook my hand in a very sincere, yet assertive voice.  Judith is an Honorary Board Member of the Point Foundation. 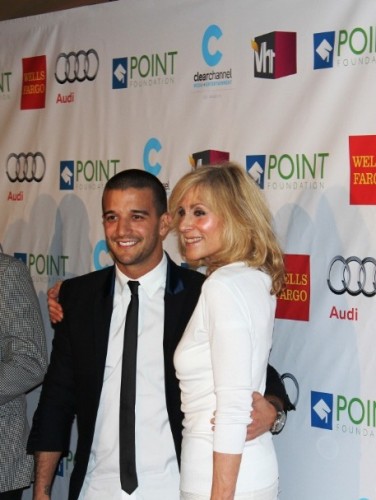 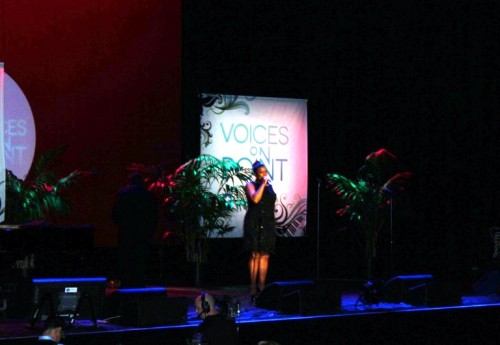 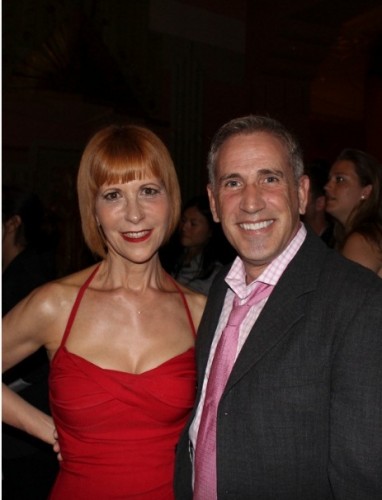 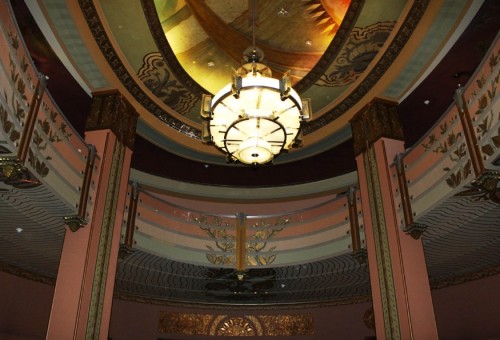 The highlight of the evening for me was definitely Jenny McCarthy, who is all beauty-queen-pretty, but with an unpredictably foul mouth.  Of course she flipped the script and used the words “penis” and “fuck” right into the mic while power lesbians were trying to enjoy their dinner.

I tried to get pictures.  I’m a little rusty with my new camera.  I must have looked like a real pro when I tried to snap photos with the camera cap still on the lens.

Oh yeah, so like let me backtrack a little:  The night started with my ass stepping up to check in on the guest list.  The man holding the clipboard looked up at me and said, “HEY!  Of course I know who you are.  I love your writing.  I’m so happy you’re writing again.”  I never stopped writing, but OK…I looked over my shoulder to see if Kev caught this little interaction.  I wanted to give him a bratty look that said “See?  People I don’t know, know me…” but Kev was standing in the middle of the lobby.  It used to be that  if people knew you and you didn’t know them–that made you a little famous somehow, but reality TV, Facebook and Tweeter changed the face of quasi fame forever.  So like this rare Murillo fan is looking for my name on that list, and of course my name was NOT on that DAMN list.  My forehead went from a glow after being recognized to an embarrassed sweaty shine for not being recognized on that clipboard.  “I’m so sorry,” He said.  “I sure it’s a mistake…” He tried to spell my name every which way.  I was left with no choice but to call Kev over.  AND I was instantly reminded that in this alternate universe I…Paulo Murillo…was…the…PLUS ONE.