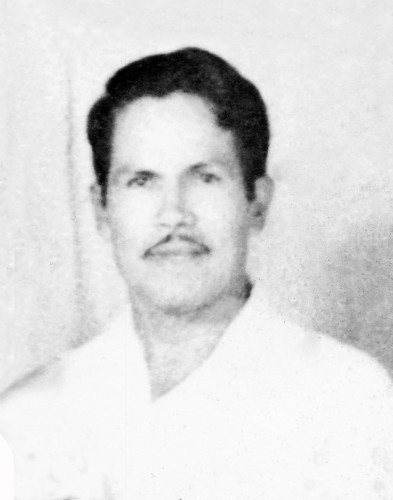 Got a text early in the morning from my sister Hazel.  My abuelito Paulo Murillo passed away.  I was named after this man.  Of course we all knew it was coming, but we thought he had a couple of more weeks.  We figured he would wait until everyone got their travel plans sorted out to fly out to Mexico to see him.  Life doesn’t wait.  And neither does death.

I hear he didn’t go peacefully.  He was fully alert when he passed and he was aware and scared of dying at age 84.  People gathered around him on his last days.  They say he looked around at old familiar faces in his room and searched for some answers in their eyes.  All people could do was keep the conversation light and fluffy and polite.  Then the pain would come; he vomited blood and he would pray to God and the Virgin Mary to make the pain go away–the whole time asking what was wrong with him.  One assumes that people are ready to go after a certain age; clearly that’s not always the case.  Some people want to continue living even when life becomes unbearable.

I was told that he was asking for me days before he took his last breath.  Of all his grandsons, I don’t know why he was asking for me.  Maybe because I’m the one he rarely got to see.  I’m sad I didn’t get to see him before he passed away.  And then again, I’m kind of glad that the last time I saw him, he was older, but he was sturdy and walking and a jokester and a fast talker.  That’s my last memory of him.

They say when people die, you mourn for the living that the dead leave behind.  I’m mostly sad for my mom who was always at odds with her father, but loved him and respected him enough to give his name to her first born son (that first born son turned out to be gay, but that’s neither here nor there).  She tried to make things right in his old age, not really knowing which right end was up.  She had the opportunity to clear some baggage on his final days.  I honestly don’t know if she took the chance to apologize and forgive.  For the most part we Murillos lack the tools to go out like that.

Anyway.  Life goes on.  It seems sacrilegious to include him on this Hiss Fit page.  So I’m just going to wish him rest in peace.