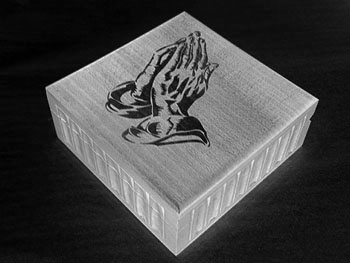 None of us liked this guy, because this guy was nearly impossible to like.  All you had to do was look into his eyes and it was like instant buttcurl.   His headlights were vacant like there was no kind of soul inside.  You never knew what you were getting because that bitch was sneaky.  He was unpredictable, but not in a cool way where you wanna see what happens next.  He was uppity and humorless and he had this dark nature to him that simply put your teeth on edge.  I can’t say that he was ever outright mean, nasty, or in-your-face rude, but he wasn’t exactly kind, and it’s because he wasn’t kind that he simply struck me as an all around shady and shitty guy.  I didn’t trust him.  And I can’t stand people I don’t trust.

We were in rehab together.  We used to call him Junior Staff, which is the equivalent to a teacher’s pet.  He was one of those busybody crazy makers that used to snitch on the residents whenever they broke the rules and then he would say that he only snitched because he worked an honest program and he was only trying to help these residents learn to get honest–meanwhile the other poor fools would be asked to pack their shit and leave.  They always ended up on the streets waiting at a bus stop with all their belongings bundled inside some trash bags—we were all weary of that bitch’s honest program, and you best brace yourself if the bitch ever tried to help you, because guaranteed, he was gonna help by throwing you under the bus and then say it’s for your own good.

That bitch was always BUSY working everyone else’s program but his own.  “It’s an inside job.  Your insides don’t match your outsides. ” He told me one day after I got into trouble for jumping rope in the morning (I wasn’t allowed to work out).  “You’re trying to fix feelings by fixing your outsides, but your insides are a mess girl.” He added—I was only trying to fix it, so I didn’t gain any of the sober fat that people kept talking about in recovery.  You stop drinking/drugging; you start eating…and you get fat (I was forced to take my workouts to the basement and do secret pull-ups on the water pipes–I was in the best shape ever during those rehab dayz.  My outsides looked good so my insides felt good.  I thought I matched perfectly inside and out.  People begged to differ)

Of course, Junior Staff couldn’t stay sober.  All that program talk and then the bitch would deviate on his walk home from work and somehow end up all twaked out on speed at a local bathhouse down the street.  The House Staff would have to fish him out of the House of Love and take him back to the Sober House (no kind of shame).  He was never asked to leave, because he always made the call and got honest about getting high.  He would also get honest about whatever secrets he was holding for the other residents, which didn’t go so well for them, since they didn’t get honest themselves—and cut to them sitting on a bus bench with trash bags in tow.

I remember the first time I saw his god box.  His roommate showed it to me one day when were being nosy sifting through his personal stuff while he was at work.  It was the size of a small shoe box that he kept buried in a drawer.  I had never heard of a god box before.  I didn’t really understand its function.  All I knew was that you wrote things (secret things) on a small piece of scratch paper and you stuffed it into this box that has been glued shut with a slit on top, kind of like a piggy bank.  I figured it was like a diary only way more sneaky because this box was named after the big G.O.D.  I saw that box like his confessional.   I was sure it held dirty secrets that were key to giving Junior Staff a taste of his own medicine and forcing him to get really, really honest.  But there was no way of getting into that box without ripping the fucker open.  Trust me.  I tried.

Then one day the bitch didn’t come home.  He was out and running with no intention of coming back.  He didn’t make the usual “I fucked up” phone call this time.  He didn’t even bother to come back for his personal belongings.   Days went by.  I remember being asked to help gather his personal belogings…and stuff everything into a trash bag.

And there it was.  The God Box.  Taunting.  Begging to be ripped open.  What secrets was it holding?  What rules was he breaking?  Was he also working out on the sly?  Was he hiding secret attractions to other residents?  What was he writing about me?  I had to know.

I can’t lie, my ass didn’t waste any time ripping that shit open without giving it a second thought (newly sober bullshit).  I stuck my fist inside that box and pulled out a bunch of post-its that were neatly folded in half.  It didn’t take me long to find my name.  I was SHOCKED by what I found inside…

My name came up several times.  He wished me wellness when I was sick.  He prayed that I got the job.  I found my name with a happy face next to it.  He prayed that I stayed sober.  HE PRAYED FOR ME!!!  And those neatly folded post-its held prayers for other residents as well.  And there was lots of gratitude for the House Staff.  I was so confused.

Since then I learned that people use God Boxes to send good intentions to the universe in the form of prayers, or positive messages.  You wish or pray for everything for everyone that you want for yourself.  Some people never open these boxes, while others choose to check and see what prayers were answered after a certain amount of time.

Prayers and good intentions!?  Are you fucking kidding me?  I never saw that coming.  So annoying!  I felt so guilty.  I held that freshly violated box with the gaping hole that looked like a wound, or a screaming mouth and I didn’t know what to do.  I didn’t want to keep it, but I didn’t want to throw it away.  The scattered post-its on the bed were like the scene of a crime.

In the end I decided to do my best to tape the box back together.  I placed every prayer inside.  Then I thought about Junior Staff all strung out on speed, not eating and putting himself in harms way.  I found a blank post-it.  I wrote down a prayer of my own.

And I put it in the box.