MADONNA MDNA IS NUMBER ONE!!! 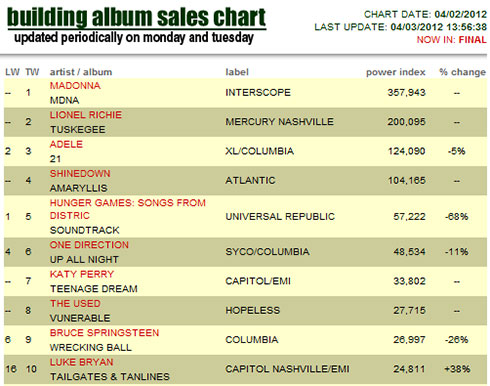 I seriously don’t know WHY M’s victories feel like small personal victory of my own.  Just the other day my brother sent me a text to complain about her “have you seen Molly” comment, calling her an irresponsible mother and an old lady.  Then cut to a friend of mine haw-hawing, saying that he heard her album had bombed.  I was like, “Really?  How is that possible when the album hasn’t been released yet?”  He just chuckled sheepishly.

I don’t know, maybe I bring this sort of hater-aide from naysayers, haters, critics and cynics on to myself because I’m sooo all about Madonna (with no kind of shame).

And it’s because of the hater-aide that it feels so damn good to get the news this morning that Madonna has scored her eighth No. 1 album on the Billboard 200 chart with the debut of “MDNA.”  That makes her second among solo women artists with the most Number Ones, only one album short of a tie with Barbra Streisand who has nine top albums.

Not bad, considering she hasn’t really done too much to promote the album, aside from a kickass performance at Super Bowl Halftime and a highly anticipated world tour.  There was a Facebook chat here and a little Twitter over there and a quickie at the Ultra Music Festival in Miami (my ass was forced to “like” Smirnof on Facebook to get access to “Night Life” mixes of MDNA).  For the most part, she’s been keeping a low pro.

Anyway, you best believe I sent my brother a text: 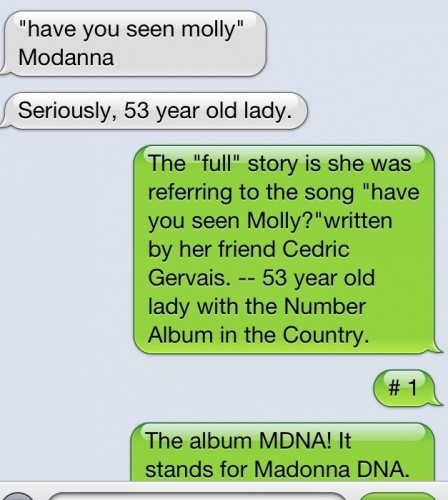