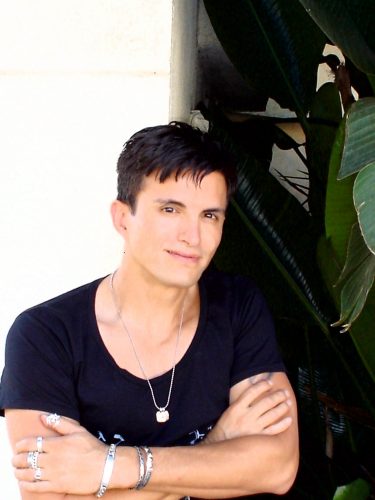 In reflection of turning 5 years clean and sober last week, I’m reposting this little ditty.  My ass was seriously 9 months clean and sober when I wrote this 500 word count snippet for the X-Meth Column in the October 2007 issue of IN LA Magazine.  The article came out 30 days after I transitioned from the Van Ness Recovery House with top honors (and a pocket full of secrets lies and manipulations)—trust me, it’s a top honor to finish that damn program, considering a measly 2% or so ever get their hands on a VNRH push-pin button at the end the crazy journey (that shit was seriously like the TV show Survivor).

Outing myself as an ex-tweaker publicly was hardly a shocker lets-be-for-real-here, but seeing my name printed in something other than FAB! Newspaper after shit hit the weed whacker was a huge deal for me (the Like a Virgin reference was icing on the cake).  I never forgot how the program director at VNRH told me I was a fluke; she called me a fraud; she said I would never be published again; it was over for me and she said other mean things that a program director has to say to break a bitch down, smash the ego, and to humble if not humiliate someone who thought so highly of himself…and yet…at the same time so damn poorly.

Well, I showed her.

30 days after leaving the Van Ness Recovery House I let her HAVE IT with a big fat mutherfucking THANK YOU.

I got a freelance writing job at IN shortly after this came out and I’ve been writing on and off ever since, currently doing the City Hall Hot Topic for FRONTIERS Magazine (it’s totally different from anything I ever wrote before…maybe that was her point).

I didn’t hear much from the staff at the House after it was published, but I didn’t expect to.  I was told that the program director didn’t want me to use my name when she heard I was writing this thing.  She was afraid it would get to my head and my ego would get out of control (again).  Of course I was like, don’t use my name!?  What would be the point of writing it, if I didn’t write it? Then I included my picture (AND…we’re BACK)?

Those 9 months turned into 5 YEARS on Jan 10, 2012.  That’s FIVE FUCKING YEARS of no drinking or drugging!  CONSECUTIVELY!!!

The X-Meth Column is also my very first blog.

I made it through the wilderness…

October 10th marks 9 months of sobriety for me folks. That’s booze free, drug free, and disease free. At times it feels like 9 years. Other times it’s like 9 days. And yet, nothing can shake the reflection of crazy after 9 hours of “party n play.” I’m looking at 11 years of using, boozing, and losing, so 9 months is a pretty big deal. YAY for me!

Rock bottom found me in my trashy bedroom frightened for my life. For 4 days and 4 nights I went through the hellish repetitive motions of snorting line after line of crystal, until my nose bled and my ears rung. I needed food, water and sleep, but I continued to chase the glory of a busted nut by jamming a straw into my head and leaning over a crusty mirror instead.

The last blow to my brain exploded with these alarming sensations of pins and needles all over my body. A sudden paralysis clamped my fingers shut at the tips. Then a fainting spell knocked me on my ass. I swore I was either having a heart attack or a stroke. I stumbled around my bedroom scared shitless of dying, yet afraid to save my life. It takes balls to die, but it also takes some balls to live. Death would find me cold, scared, and bitterly alone, while help would come with cops, an ambulance, a hospital bill, and worst of ALL my nasty drug habit would be exposed.

Then I thought about my family and the few friends who hadn’t thrown me away. I mostly witnessed my mother sobbing over my coffin and instant feelings of sorrow, mixed with guilt, and self-hatred overwhelmed me. The end comes to everyone, but death by drug overdose–glamorous as it may sound to some—is NOT the way I wanted to go.

I could barely use my crumpled fingers to dial 911. After I gasped for help into the phone, I knew my life would be altered forever. I managed to stumble outside of my apartment complex. Then I licked the pavement. May I never forget the dread I felt when I heard the sirens scream louder as they drew nearer; I hear sirens all the time, but these sirens were wailing for me—color me crazy, but when you find yourself strapped to a gurney on your way to a hospital after some relentless partying, it’s time to quit playing. I was done!

Two days later I anxiously checked myself into The Van Ness Recovery House. They gave me much needed tough love. They saved my ass, even when I was more concerned about saving my face. The VNRH helped kill my cravings and they taught me to make my bed. The House really works (check out www.vnrh.com, www.weholife.org, or call 323-463-4266).

So here I am, another deathbed-convert feeling healthy, clean, and somewhat serene with 9 months of substance freedom. Somehow I made it through the nightmare. Now I can look ahead towards recovery and discovery. So like yeah, YAY for me!

CONGRATULATIONS MADONNA!!! ELTON JOHN CAN SUCK IT WORD OF THE DAY: