GRAB THAT DAMN PAN AM BAG 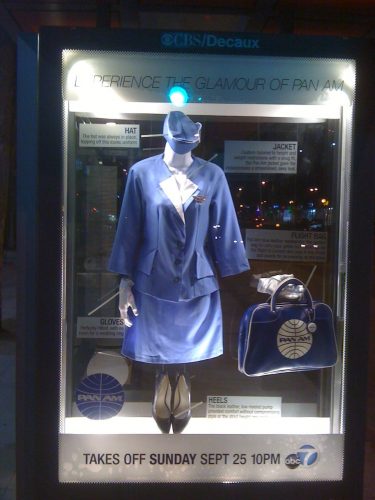 Anyway, the glamor of PAN AM is on display to inspire gay folks to watch the new PAN AM series on ABC (channel 7) which is “taking flight” September 25th.  It stars Christina Ricci, so there’s no need to coax us with this oh so fabuloso tailored powder blue power suit.  Ricci did her bitchy turn as Dedee Truitt in the movie The Opposite of Sex, and the bitch could do no kind of wrong where I’m concerned–EVER–not even when she loses too much weight and she looks like I lollipop–I still love her.  In that movie, Dedee delivered some cunty lines that really inspired some of my earlier work. 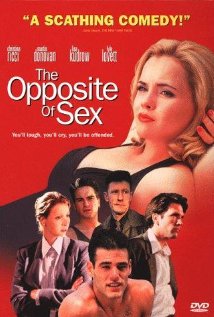 Dedee Truitt: My name is Dedee Truitt. I’m sixteen, and this is Creve Coeur, Louisiana… which is French, I think, for like, ‘fucked heart’.

Dedee: If you think I’m just plucky and scrappy and all I need is love, you’re in over your heads. I don’t have a heart of gold and I don’t grow one later, OK? But relax. There’s other people a lot nicer coming up – we call them “losers.”

Dedee: My mother was the kind of mother who always said she was her daughter’s best friend. Whenever she did, I thought, “Great! Not only do I have a shitty mother, but my best friend’s a loser bitch!”

Dedee Truitt: Les was a real asshole. To get cancer of the ass was, like, poetic. Almost as good as cancer of the dick, if they have that.

Dedee: If there have to be gay people, at least it’s nice there’s enough of them to go around.

I don’t know what this PAN AM show is about (planes blowing up in the sky, perhaps?), but I want it.  ALL OF IT!!!  I imagine these girls popped diet pills and screwed pilots and passengers, while looking pretty and pristine in powder blue.  It’s bound to be good.  Did I mention I love Christina Ricci? 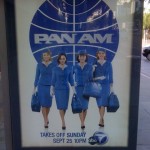 Anyway…back to the display case on Santa Monica Blvd:  Every time I pass that PAN AM power suit, I’m fascinated by my former evil self.  The display case has been up for a couple of weeks as of the publishing of this blog.  I can’t say I have ever been much of a queen that’s into fag bags, HOWEVER, by this time five or so years ago, I would have figured out a way to get my hands on that damn PAN AM bag.  There would be a perfect hole where the bag once dangled on display.  THEN I would have returned to the scene of the crime and taken the shoes and the hat (just to make a point). And I would NOT have gotten caught. Thank GAWD I found spiritualicity. 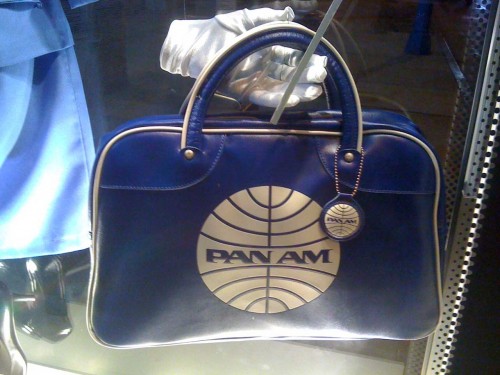