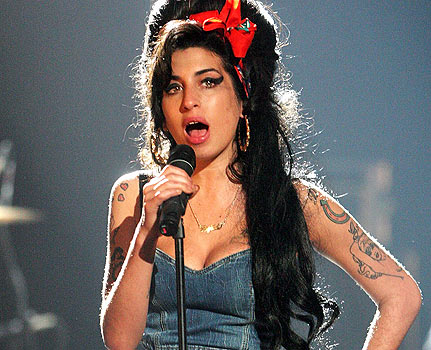 My ass was in rehab when Amy Winehouse’s “Rehab” song came out.  She was saying no-no-no to recovery, while my ass had surrendered to a suffocating “OK! Fine!  Yes! Yesss!”

We weren’t allowed to listen to music while we were in The House.  It had something to with music getting us out of our heads when we needed to be present for the actual miserable moments that are the first steps of recovery.  Of course, I still got snippets of the song from passing vehicles, at grocery stores and so forth.  And of course, I hated that song.  It was a big joke.  And it felt like I was taking the brunt right on the butt.

It wasn’t until I transitioned from The House that my friend gave me a burned copy of Amy’s CD.  I was shocked to find the “Rehab” song in that collection.  The whole time I thought the song was sung by a man; a very big black man and not some skinny white girl from over the Big Pond.

Then I understood.  And I beat that mutherfucking album to death (forgive the pun).  They were the sort of songs I would play after coming down from a mean run.  The power of her voice was from another time and the lyrics were too close to home with its dark themes about drinking, drugging, loving, sexing, cheating, hooker heels and being no damn good.  You had to live it to truly appreciate the value of her art and the power of the emotion in her sometimes scratchy voice.  She was raw and edgy and rough and messy and brilliantly talented.

And now she’s gone.  I guess no big shocker here.  And yet, it’s still so sad to see someone get taken out by the disease that is addiction.

And the big joke is turned against her:

If Karen Carpenter had eaten that damn sandwich, she and Mama Cass would still be alive today—And if Amy Winehouse had only said, “Yes, yes, yes…”