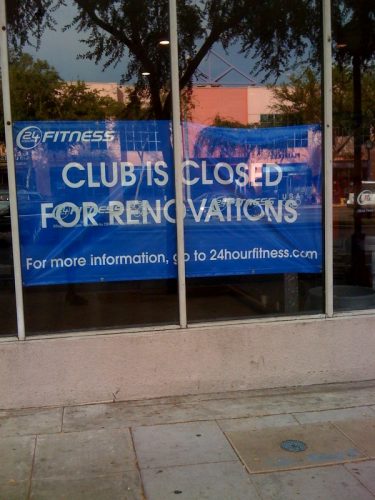 It is totally happening as I write this. Giant trucks are lined up alongside Santa Monica Blvd in front of what remains of West Hollywood’s 24-Hour Fitness Sport. Old dusty treadmills, stair climbers and other raggedy workout equipment have been stacked inside the bellies of these overgrown beasts. One can already hear the screaming of machinery, the pounding of sledgehammers and the rumbling and crumbling of plaster walls echoing from the inside out. A peek inside reveals gutted fragments of what-used-to-be. 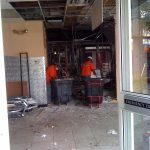 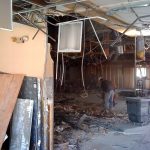 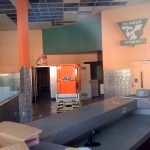 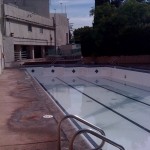 I have talked and written my fair share of mad smack about the 24-Sour Shitness Squirt in my day. The Weho gym will forever be the West Hollywood Sports Connection (Erection, Infection), where some of us OG Weho hos are concerned. I must confess that I find myself—dare I say—kinda/sorta saddened by the demise of the good old 24 as I remember it? Don’t get me wrong; the gym is long overdue for some crack and crumble, slice and dice face-lifting action, but I’m still feeling a little nostalgic.

How could I have forgotten that this is the place where I literally came of age? I was too young to know better when I started working at the Weho gym as a front desk receptionist back in the early 90s. I was completely naïve to the misconduct that took place inside its steamy areas. But by the time I was promoted to a service manager, I had been exposed to some graphic, if not grody (as in gross) human behavior.

I Remember the Weho Gym: The Sports Connection was a gay club. This used to be the place where people gathered. It was our very own community center. It was the heart of Weho, full of baggage and drama. People came to the gym when they came to Weho. It was the city’s crown jewel at one point. And let’s be honest, it’s where a lot of guys just “came”, be it by the pool, in the jacuzzi, showers, executive lockers, bathroom stalls, steam room, dry sauna, sun deck, parking lot and even inside some sales offices. GUYS CAME. Period.

It was THE place, even though the equipment has always been dirty and old. The air conditioning was always busted. The men’s locker room area reeked of rancid ball smoke. The wet areas have always been splattered with a mixture of spunk. And of course there were the colorful members; we had the crazies, the cranky and the pervy. Grown men fought over equipment. Women complained about men kissing. And gay men were either caught jerking off, or they were royally pissed off that no one would jerk off with them—the latter always wore a pious veil and they bitched about the disgusting lewd conduct, cuz nobody wanted them, but their mothers.

I remember this one guy—kind of sexy—who screamed at me in the lobby because another dude had the nerve to touch his private toilet parts while he was trying to relax in the dry sauna.—“I’m sick of this shit!” He yelled at me. “It’s disgusting!” I was used to being screamed at for other people’s sexual shenanigans by then. I apologized profusely for another man’s lewdness. I’m telling you, the guy let me have it, calling me an idiot for not being able to control the sexual predators at the gym and so forth—THEN about two weeks later, I walked up to the sundeck looking for a missing employee (they always hid in the sundeck) and there he was, the same prissy bitch with his cock and balls fully exposed, in mid-stroke while another guy watched. His pathetic pecker was an annoying display of hypocrisy. He jumped when he saw me. The look of utter humiliation on his face was too damn sweet. Busssted!!! I shook my head at him with exaggerated disbelief. Then I gave him the most knowing—most evil smile I could muster. And I did absolutely NOTHING! I didn’t cuss him out. I didn’t call security. I didn’t revoke his membership. I let him stew in his guilt and filth. To this very day the guy eats shit whenever he sees me on the street. I couldda fucked him up. But I didn’t. And he still finds the nerve to give me the dirtiest looks. I wanna ask him: What the fuck did I do to you, you stupid douche hole?

I Remember the Weho Gym: There were broken bones and other injuries to go. I saw an old lady fly across the cardio area after her busted treadmill suddenly accelerated to Sprint Mode, waayy before Toyotas started careening people off the roads. I had one man lose his thumb in one of those very old abs machines where you dangled upside down—“OH MY GOD!” I screamed when I saw the blood spitting out of his hand at the front desk, which is like a major no-no in case of emergency; the man almost fainted when he saw the look on my face—and speaking of fainting, guys were always passing out after spending hours in the steam room (rolling my eyes to the back of my head). I had to call the paramedics on a weekly basis, it seemed.

Come to think of i t … we never did find that thumb.

Here’s one I will never forget: A breathless employee rushed up to me to tell me that someone had taken a crap inside Old Man’s Soup, (our term of endearment for the men’s Jacuzzi). I was like, “NO!” I figured some poor old geezer had lost his grip and then let err rip. I proceeded with caution. Old Man Soup was full of pink faces bobbing around in the bubbles. Yup; a peek into the filter system revealed tiny chunks of what had to be poop particles. Alas…where there is smoke, there is fire. Sure enough, I spotted what had to be a fluffy turd being thrown around in the water. A guy followed my gaze. “Is THAT what I think it is…?” He asked me weakly, as if pleading me to tell him that he wasn’t swimming in someone else’s shit. “YESSS!” I responded firmly. This was no Babe Ruth chocolate bar. The pink-pruned asses couldn’t get out of there fast enough. I gathered the employees. We vowed never to speak of that deep dark trouble during work hours. EVER!

There are other gross incidents that I’m saving for the book. I’m not even gonna tell you about the guy that pulled a condom out of his ass while he was taking a shower and just left it by the drain for my poor cleaning guy to scoop up. That story is much too disgusting.

I shit you not; I literally grew up at that gym. Yes, it has changed management like an aging Weho queen changes his Y.M.L.A shirts, but for the most part the setup has remained the same. Truth is, I don’t know how it survived these past ten years with its skeleton crew and all of its busted equipment. I couldn’t tell you the name of an actual manager. There is no security, no floor instructors, and no Penis Patrol. All you get is sales people, Personal trainers, and a front desk girl, or two, which is weird.

I hear they’re turning it into a 24-Hour Fitness Super Sport. I hear they’re adding a basketball court (butch) and that they’re making the wet areas co-ed. But that’s not going to deter the spanking of any monkeys when women aren’t looking. Sorry. As far as lewd conduct is concerned, where there’s a gay, there’s a way.

A Super Sport means mo’ money, mo money! All I have to show for working at that location is my $10.00 a month membership, but that won’t be the case for the future riff-raff that wants to join. The upgrades and new memberships rates are bound to soar. It’s also bound to alter the entire eco system of our Boystown, but it could be worse: The Athletic Club, which was located on the corner of Santa Monica Blvd and West Knoll (across the street from Koo-Koo-Roo), shut down for renovations over ten years ago. And it remains closed.

It’s a weird time for us OG Weho hos with the gay Starbucks/Starfucks/Gaybucks/Weho Beach now closed for renovations and the Weho gym as we know it being long gone. A part of me is sad to see the changes, but I a bigger part of me is so ready to let it all go. I want to say that it’s the end of an era for West Hollywood, but let’s face it, that era died a long time ago…and so it goes. 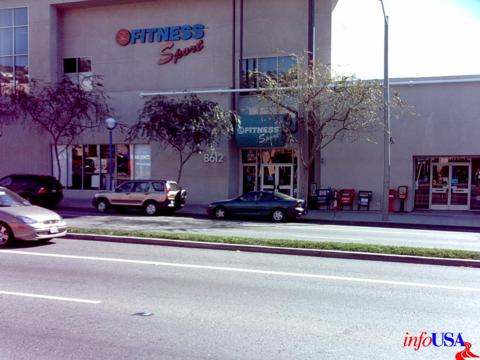 Thanks for the memories West Hollywood Sports Connection/24-Hour Fitness Sport. I’m more than a little curious to see what the Super Duper Sport has in store, but I don’t care how clean and pristine you become in 2011; to me you’ll always be a dirty, DIRTY little whore.